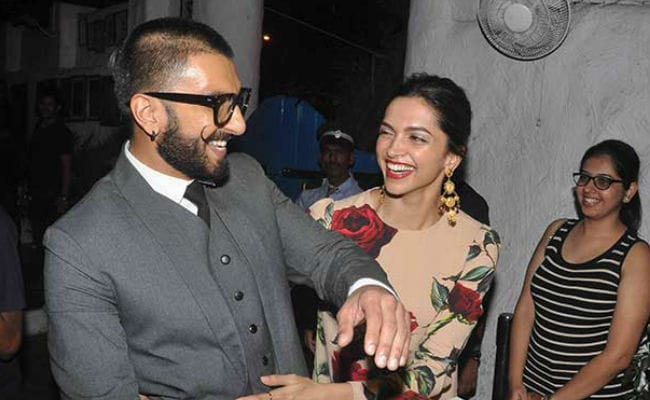 New Delhi: Birthday bumps for actress Deepika Padukone today - she's 32 - and, if rumour happens to turn out true, she might even make it a double whammy celebration by saying yes to boyfriend (we're just going to go ahead and call him that) Ranveer Singh. A couple of media reports yesterday insisted Deepika and Ranveer were planning to make her birthday extra special with an engagement while holidaying in Sri Lanka. Today, it seems like that rumour might have been wrong on both counts. Indian Express reports that YRF Talent, which manages Ranveer, denies that a ring is included in birthday plans. Pune Mirror reports that the couple are vacationing not in Sri Lanka but in the Maldives.

Deepika's own Instagram dispatch on her big day gives no indication of destination or the possibility that she will return from holiday engaged to Ranveer:

But engagement or no engagement, Deepika Padukone and Ranveer Singh are utterly adorable together. Here's are five moments:

Of Course, Deepika Would Date Ranveer

Before the colossal outrage over Padmavat (the film was earlier called Padmavati), Deepika promoted the film on reality show Bigg Boss 11, hosted by Salman Khan. Salman had a few Dabangg questions for Deepika, who answered them like a boss. Salman asked her to choose from 'Kill, Marry or Date' between the three men of her Padmavat team - director Sanjay Leela Bhansali and co-stars Ranveer Singh and Shahid Kapoor.

Watch @beingsalmankhan set the stage on fire with @deepikapadukone, tonight at 9 PM on #WeekendKaVaar! #BB11pic.twitter.com/d1DhF2a38p

Ranveer and Deepika flirting on Instagram is the cutest thing ever. Check this out - Ranveer Singh covered an issue of Hello magazine. Deepika commented: "Well... Hello!" (with a heart emoticon) and Ranveer Singh, channeling his inner Joey Tribbiani, replied: "How you doin?" (with a love-struck emoticon).

When Ranveer Is On The Red Carpet, Deepika Be Like

Ranveer Singh's quirky style has split fashion critics. When NDTV's Aneesha Baig asked Deepika about her take on Ranveer's out-of-the-box fashion sense, she said: "That's his personality and why would I discourage that?" But once in while it's a bit too much for even Deepika to handle that much swag:

Ranveer Singh adores Deepika, we say this because his reaction to Deepika's old photo is the same as for latest pictures of her: 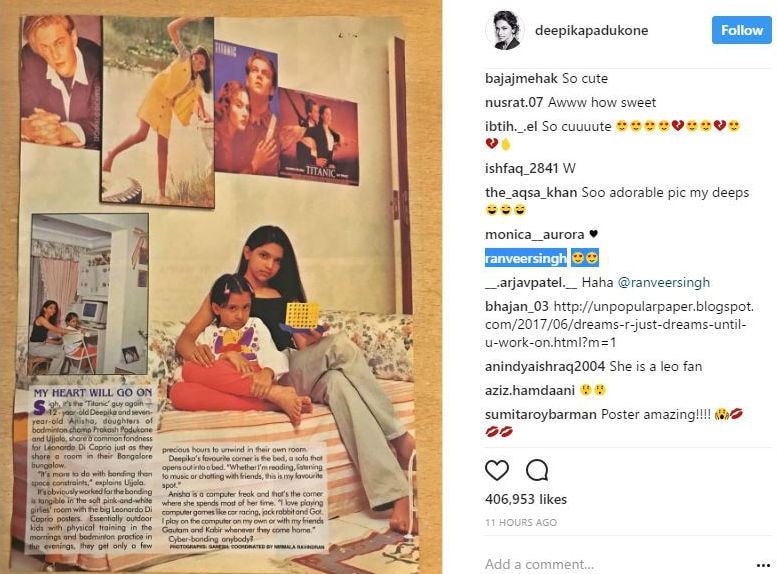 Deepika Padukone and Ranveer Singh first co-starred in 2013's Ram Leela and then in 2015's Bajirao Mastani - both films were directed by Sanjay Leela Bhansali. They are now awaiting the release of Padmavat, which has finally been given a green signal by the Central Board of Film Certification. The release date of the film will be announced soon.