43 Years After Sholay, Director Reveals Why Censor Board Changed The Ending

"I had shot a different ending for Sholay, where Gabbar is killed by Thakur," says Ramesh Sippy 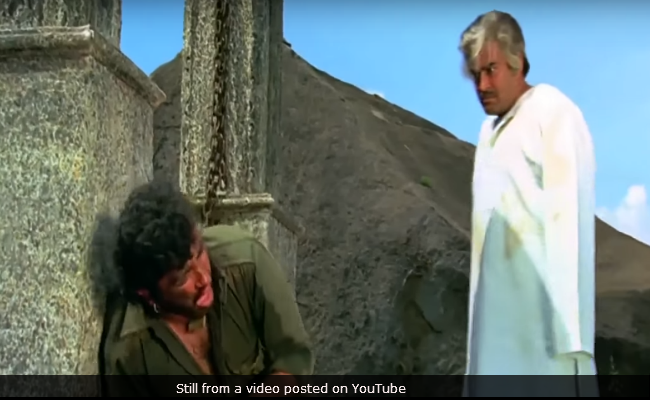 New Delhi: Would you have liked if Jai (Amitabh Bachchan) wouldn't have died in Veeru's (Dharmendra) arms at the end of Sholay? Well, director Ramesh Sippy revealed that this was the actual ending of the iconic film Sholay but because Censor Board did not accept it, he had to change it. In a recent interview, Ramesh Sippy told: "I had shot a different ending for Sholay, where Gabbar is killed by Thakur. But the Censor Board, didn't allow that. They were not happy about Thakur killing Gabbar with his feet. I was also caught in a sticky situation... how else would Thakur kill him? He couldn't have used a gun since he had no arms. They were also unhappy about too much violence... they said 'you have to change the end'. I wasn't happy, but I did that," reports Indian Express.

Ramesh Sippy was speaking at the Pune International Film Festival (PIFF). The director spoke about his own experiences with the Censor Board, before Sholay was released during the Emergency, in August 1975. The veteran director also cautioned that adding sex and violence to films, unnecessarily, didn't work at the box office. "Those who copy others tend to do that. But it doesn't work," he said.

Of the Indian film industry today, Ramesh Sippy said, "I don't agree with those who say today's films lack good content. There are many directors who are making excellent films... take Rajkumar Hirani for example. Today's youngsters have a lot more exposure than we did... technology has advanced and it's helping filmmakers."

In Sholay, which is one of the most iconic films of the film industry, Amitabh Bachchan and Dharmendra featured as best friends Jai and Veeru. Actress Hema Malini (Basanti) and Jaya Bhaduri (Radha) (now Jaya Bachchan) also starred in the lead roles.

Sholay broke all records and won 60 golden jubilees across India, and was the first film in India to celebrate a silver jubilee at over 100 theatres. Sholay was the Indian film with the longest theatrical run until Shah Rukh Khan and Kajol's Dilwale Dulhania Le Jayenge (1995) broke its record of 286 weeks in 2001.

Sholay has received many "Best Film" honours. It was declared the "Film of the Millennium" by BBC India in 1999.

Promoted
Listen to the latest songs, only on JioSaavn.com
Certain scenes and dialogues from the film earned iconic status in India, such as "Kitne aadmi the?" "Jo dar gaya, samjho mar gaya" and "Bahut yaarana laagta hai."

Which one was your favourite?