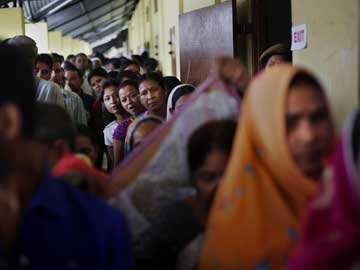 Polling began on a sedate note at 7 am at all the 1,624 stations with a thin turnout in the first half an hour. (Voting on in seven constituencies in Goa, Assam, Tripura and Sikkim)

In all, 10,60,777 voters will exercise their franchisee in North and South Goa constituencies.

The Election Commission (EC) has identified 14 vulnerable and 30 critical polling stations in the state which have been given adequate security cover to avoid any untoward incident.