NDTV Exit Poll: Seemandhra Split Between Naidu and Jagan, No Room for Congress 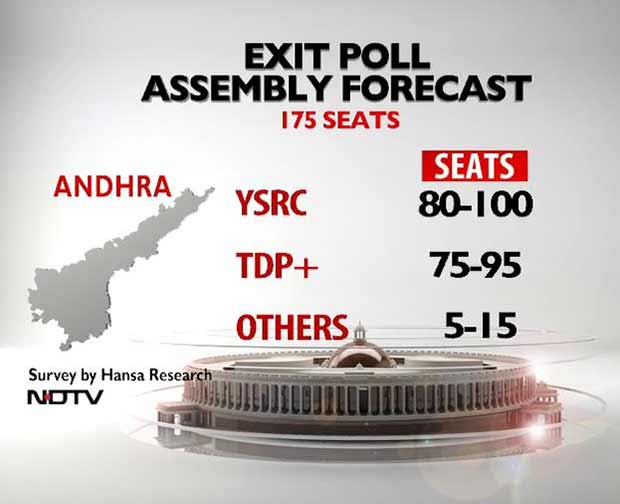 NDTV's exit poll shows Chandrababu Naidu and Jagan Mohan Reddy will score nearly equally in Seemandhra, the two regions which will from next month constitute he downsized version of Andhra Pradesh, with Telangana being carved out as India's 29th state. (Full Coverage: NDTV's of Exit Polls)

The Congress is likely to be punished by voters for sanctioning the bifurcation of Andhra Pradesh- the poll shows the party will not get a single seat. In the last national election in 2009, it won 21.

Of the 25 parliamentary seats in Seemandhra, Mr Naidu's Telugu Desam Party is expected to get 13, with Jagan Mohan's YSR Congress landing 12 in its first ever election.

Mr Naidu has allied with the BJP for this election and is hoping to be installed as the first chief minister of the new Andhra Pradesh state.  He was last in power a decade ago.  In 2009, he won four seats; this time around, he is likely to get nine more.