An Open Letter From Prisoner No. 3642, Arvind Kejriwal 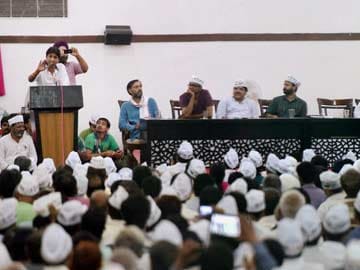 New Delhi: Aam Aadmi Party (AAP) leader Arvind Kejriwal today explained to his supporters the circumstances behind him being in jail even as his party launched a mass contact programme over the issue to strengthen its support base with an eye on Assembly elections in Delhi. (Kejriwal to Remain in Jail Till June 6)

"I took on former BJP President Nitin Gadkari and exposed him, but he is roaming scot-free and I have been put in jail. They asked me to take bail, but what crime have I committed to take bail?" Mr Kejriwal said in a letter, which was signed "Prisoner No. 3642, Jail No. 4, Tihar." (Nitin Gadkari slaps defamation notice on Arvind Kejriwal)

The letter was read out by senior party leader Manish Sisodia at a volunteers' meet which was called to spell out the party's strategy after Mr Kejriwal's judicial custody was extended till June 6 by a local court. (Kejriwal Sent to Tihar; AAP Leaders Detained During Protests Against His Arrest)

"There have been several defamation cases against me, but no one has ever asked me to seek bail because I am not a criminal. In this case, I thought I will get relief, but instead of giving me bail, the court has sent me to jail. Now that I am in Tihar Jail, the question comes to my mind as to how a common man will fight corruption," the letter states. (In Courtroom Packed With Supporters, Kejriwal Argues His Own Case)

Mr Kejriwal added that in the fight against corruption, he has braved hunger, police's batons and insult and, now, Tihar (prison).

"Now you are my only strength. Please pray for me," he said in the letter.

The party has decided to hold 'sankalp sabhas' to explain Mr Kejriwal's stand to the people and distribute his letter across the city. (Arvind Kejriwal Apologises to Delhi For Quitting)

"We have to send this letter to every household because the media is presenting the facts in a wrong manner.

Volunteers across the 70 Assembly segments should gather and spread this message through 'sankalp sabhas' in every ward. We will not stay quiet till our leader is out of jail," said AAP leader Gopal Rai. (Also Read: Shazia Ilmi May Resign From Aam Aadmi Party, say Sources)

The meetings will also kick-start AAP's "person-to-person" campaign for the Delhi Assembly elections.

"From tomorrow, we will start the work of party organisation at the booth level and then ward level. Every Assembly seat will have an observer who will act as a facilitator between the party and volunteers," said AAP's Delhi unit secretary and spokesperson, Dilip Pandey.

Party leader Kumar Vishwas, who took on Rahul Gandhi in Amethi, sent out an emotional appeal to the volunteers.

"Your leader (Kejriwal) has always led from the front and we need to show our general how the battle is fought for him in his absence," he said.

AAP leader Yogendra Yadav said that the difference between the vote share of BJP and AAP in Lok Sabha elections was 14 per cent and a seven per cent swing could help the party.

Mr Yadav said that a section of the people believes in the concept of "Modi for PM and Kejriwal for CM" and would still vote for AAP.

Promoted
Listen to the latest songs, only on JioSaavn.com
The section which is unhappy with AAP's resignation could be pacified as the party has already apologised, he added.

He also said that AAP could corner the vote share of the Congress as it is expected to reduce further.