President Pranab Mukherjee on Wednesday lauded the alumni and faculty of the Indian Institute of Science (IISc) for advancing research in science and technology. 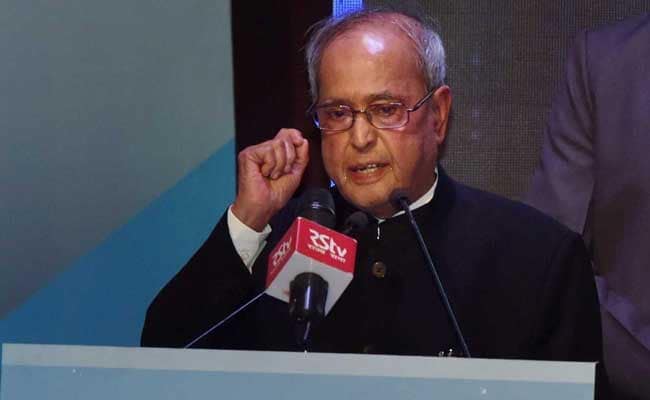 Bengaluru: President Pranab Mukherjee on Wednesday lauded the alumni and faculty of the Indian Institute of Science (IISc) for advancing research in science and technology. "Alumni and faculty of IISc have played and continue to play a strong role in leading national science and technology institutions and in various advisory or administrative roles in the government," said Mukherjee, the IISc's Visitor, at its annual convocation here .

Noting that IISc maintained its reputation of being a premier institute of higher education and research, he said its academic stature as the country's best university was confirmed by the National Institutional Rankings Framework.

"Over the century-old institute has laid emphasis on the pursuit of basic knowledge in science and engineering, as well as on the application of its research findings for industrial and social benefit," said Mukherjee in his convocation address.

The institute was set up in 1909 through a private-partnership between Jamsetji Nusserwanji Tata, the Maharaja of Mysore and the government.

Deviating from the speech text, the President told the graduating students and the faculty that he was happy to be at the institute that made the country proud.

"One of my inspirations when I entered the teaching profession was the institute's Director J.C. Ghosh in the 1940s, who later became the first Director of the Indian Institute of Technology (IIT) at Khargapur in West Bengal," he recalled.

The institute is recogonised globally and ranked among the world's top 200 universities.

Observing that the country had 760 universities and 38,500 colleges across the country, the President said the massive expansion of the higher education sector had led resource constraints and dearth of quality teachers.

"If our institutions have to become world-class, they will have to adopt best practices in academic management and excel in whatever they do, as the spheres of intervention are many," he said.

Mukherjee also urged the institutions to provide best amenities to the academic community, as state-of-the-art laboratories would enable quality experiments.

He honoured 677 students, including post-doctoral research scholars, post-graduates and graduates passing out from the institute with awards and medals at the ceremony, held at the J.N. Tata Auditorium of its sprawling green campus.

Karnataka Governor Vajubhai R. Vala and Chief Minister Siddaramaiah were present on the occasion with other dignitaries and invitees.

(This story has not been edited by NDTV staff and is auto-generated from a syndicated feed.)
Comments
Indian Institute of SciencePresident Pranab Mukherjee