NIOS Result 2019: National Institute of Open Schooling (NIOS) has released the result for Senior Secondary or 12th public examinations conducted in April-May 2019. The result is available on the official NIOS website and students who appeared for the exam can view and download their result using their enrolment number. NIOS conducts Public exams for Secondary and Senior Secondary students twice in a year - once in April-May and again in October-November. Meanwhile, the NIOS has not released class 10th result. Students are suggested to wait for an official update in this regard. 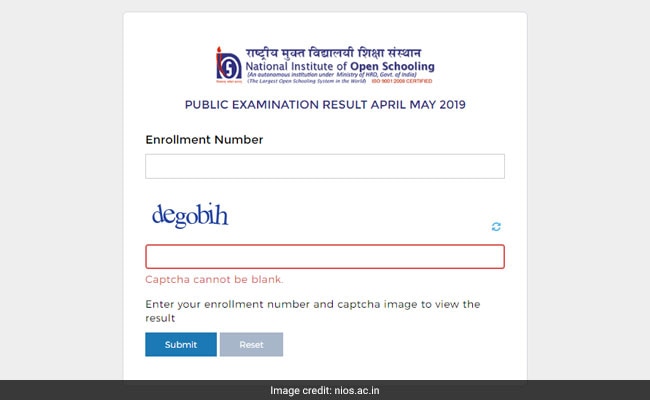 The result statistics will be released later by NIOS.