Vijval Ekbote and Harshul Sagar from the city school clinched the National Crossword Champion trophy at the end of the three-day grand finale of CCCC Cryptic Crossword Contest, organisers said. 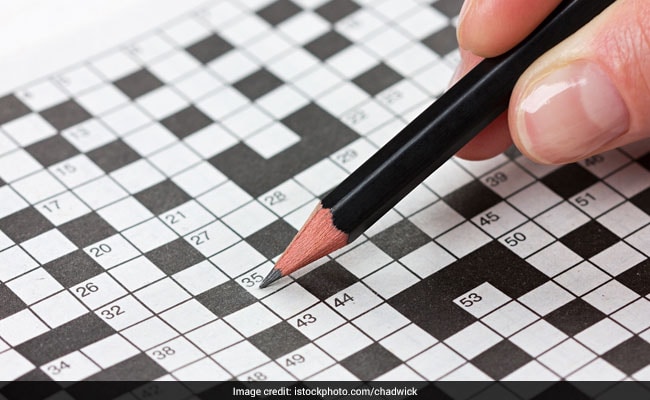 The competition was launched in July and the Mother's International School had won the Delhi round.

The Mother's International School on Thursday emerged as the national champion of a pan-India inter-school crossword competition, billed as the biggest of its kind by the Limca Book of Records. Vijval Ekbote and Harshul Sagar from the city school clinched the National Crossword Champion trophy at the end of the three-day grand finale of CCCC Cryptic Crossword Contest, organisers said.

The competition was launched on July 26 and the Mother's International School had won the inaugural Delhi round.

Omkar Joshi and Atharva Gangal of DAV Public School, Pune, were the runners-up, while Adnan Jamal and Anoushka Singh of DPS Patna finished at the third position.

The contest was neck and neck between the top two teams and the result was decided by a tie-breaker puzzle, said Amitabh Ranjan, Chief Operating Officer, Extra-C, which organised the event.

Interestingly, the Mother's International were the runners-up last year and DAV Pune were the winners. DPS Patna were a wild card entry to the national level annual school team crossword contest, he said.

The annual contest is conducted by Extra-C, a civil society initiative based in Patna. The Kendriya Vidyalaya Sangathan (KVS), Navodaya Vidyalaya Samiti (NVS) and Doordarshan are the associate partners of the event.

The event was held at Kendriya Vidyalaya school at Delhi Cantonment. There were 52 school teams which had qualified for the grand finale by virtue of winning their respective city rounds between July and November.

The trophies to the winning teams were handed over by senior civil servants, including Rajit Punhani, Vivek Kumar Singh and Bishwajit Kr Singh, organisers said.

Ravi Kant, secretary in the Department of Food and Public Distribution in the Union government, had unveiled the national crossword champion trophy, and applauded the idea of bringing crossword skills among students on a competitive platform.

He urged students to take to crosswords for enhancing critical thinking and decision-making power. The launch was followed by preliminary rounds in 52 cities across India till November first week.

The city rounds involved school teams of two students each taking an hour-long written test. The winning teams from these city rounds qualified for the grand finale.

The current edition of the contest saw the involvement of about 1,000 schools across India. The student participation from the intra-school selection stage to national rounds touched the 150000-mark.

The Limca Book of Records has acknowledged the event as the biggest of its kind in the country.

(Except for the headline, this story has not been edited by NDTV staff and is published from a syndicated feed.)
Comments
Mother's International SchoolCrossword Contest