This system can be of invaluable assistance to law enforcement agencies, security services and armed forces to secure air space over critical civilian and military installations from surveillance by rogue drones, the Institute said in a statement. 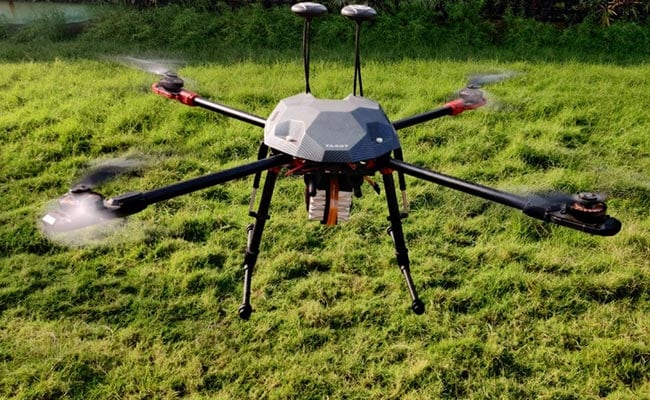 Indian Institute of Technology (IIT) Madras researchers have developed an Artificial Intelligence-powered drone that can counter 'rogue drones.' This system can be of invaluable assistance to law enforcement agencies, security services and armed forces to secure air space over critical civilian and military installations from surveillance by rogue drones, the Institute said in a statement.

It can track down rogue drones visually, hack into their GPS navigation system, following which the target drone is forced to change its flight path or land safely, the statement added.

Highlighting the unique aspects of this system, Dr Mohan said: "Our current prototype is equipped to detect and track objects visually, precisely land and fly over Internet. Our next step will be to conduct exhaustive tests on the system and ensure its reliability for catering to a wide range of demanding missions that pose challenge to our law enforcement and defence agencies. The programmable nature of our aerial vehicles also opens up the possibility of swarming multiple vehicles to act as a team and accomplish a common mission."

A major advantage of this system is that it can be controlled over the Internet and can navigate autonomously as compared to most existing drones that operate on 'line of sight' meaning the operator must keep the drone within their sight.

Using the Internet to control the drones also allows for deploying a swarm of drones that can intelligently detect and track people, drones, vehicles and other objects.

"The drone works by employing a software-defined radio and broadcasting spoofed GPS signals by making use of the ephemeris data of GNSS constellations. The target drone's GPS sensor locks onto our fake radio station transmitting at a much higher power than the available satellite's transmission power. Following this, the drone generates fake GPS packets by mathematically modelling the time differences at the receiver's end. Using four of such time differences, the GPS sensor calculates its 3D position and calibrates the rogue drones' time to our spoofed clock. This way, we alter the latitude, longitude, altitude and time of the rogue drones," Vasu Gupta said.

Rishabh Vashistha added: "Algorithmically altering the 3D position allows us to move the target drone locally. Moreover, when a large variance is given in the spoofed GPS position, a failsafe (if any) is invoked at the target side which results in a safe landing of the target drone."