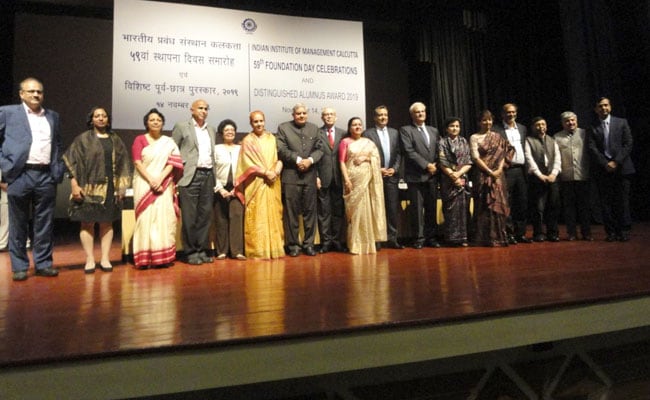 IIM Calcutta celebrated its 59th Foundation Day on November 14, 2019. Mr. Jagdeep Dhankhar, the Governor of West Bengal was the Chief Guest at the event where the institute felicitated 7 of its alumni for their outstanding contribution in their respective fields at the Distinguished Alumnus Awards Ceremony.

During her address, Professor Anju Seth, IIM Calcutta Director, announced that the class of 1992, IIM Calcutta's 27th batch, has committed Rs. 3 crores to support IIM Calcutta's exciting trajectory of expansion and continuous improvement - the largest alumni gift to the institute till date.

Former President of the 27th batch Mr. Shekhar Ganapathy, shared, "We have got so much from the IIM Calcutta that we wanted to give back. Our aim is to help the Institute continue to impact students and society in the future. We are very proud to present this to our beloved alma mater, and hope that it sets a good benchmark for other batches to emulate and exceed."

Mr. Jagdeep Dhankhar, the Governor of West Bengal, delivered the foundation day lecture. Speaking to the students on the leadership skills, he mentioned, "As future leaders and change makers always focus on knowledge creation, building an incisive and prosperous India rather than mindless pursuits like chasing wealth. Over the years, I have realized that true happiness lies in giving back to the society and connecting with people around us. The country has very high expectations from you and I have no doubt that you will make us proud."

The award ceremony was succeeded by a speech by Mr. Shrikrishna Kulkarni, Chairperson, Board of Governors, IIM Calcutta. He highlighted the prominent role IIM Calcutta has in the exercise of nation building.

"The limits of a country's greatness are seldom set by its physical resources, but usually by the capability and integrity of its leaders. This then begs the question - where are the leaders of tomorrow? I believe that IIM Calcutta with its committed faculty; dedicated support staff; its exceptional students and supremely successful alumni have a role in building our nation," he said.

"Just as the accumulation of capital stock is an indication of the success of a corporation, similarly, one must also assess the 'human capital' to gauge the development of a nation. To this context, civic sense and civic responsibility are fundamental to the growth of a nation's human capital asset. This human capital asset is fundamental to a nation's Gross Domestic Character. Technology will force and disrupt management practices from shareholder wealth maximization to "equitable distribution of wealth". This Gross Domestic Character will be at the heart of leaders who will change the management paradigm from "shareholder wealth maximization", to "equitable distribution of wealth"."

"This in my view is the only key that can unlock the problems of poverty and unemployment. Growing Gross Domestic Character requires a set of different fundamental efforts than what is required for growing GDP. But, both are essential. Leaders of tomorrow will need to have a high level of "human capital"," he added.

The list of alumni felicitated with the Distinguished Alumnus Awards: 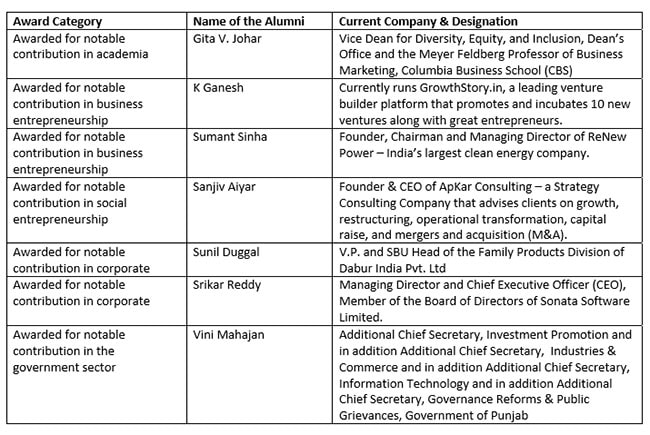