Registration for admission to the Delhi University's 2018-19 academic session is expected to begin in April, with the varsity mulling to cut short the duration of its admission process this time.

Delhi University Panel Mulls Reducing Duration Of Admission Process
New Delhi: The admission process in University of Delhi may kick off early this year. According to a panel, the registration for admission to the varsity's undergraduate courses in next academic session is expected to begin in April, with the varsity mulling to cut short the duration of its admission process this time, reported Press Trust of India.

According to Professor Maharaj K Pandit, who heads a 47-member Delhi University admissions committee, the panel was planning to take a slew of measures to curtail the time taken during the admission process.

Speaking to reporters after the panel's first meeting for the 2018-19 academic year here, Professor Pandit announced that the DU registrations would begin from first week of April and that "unrealistic cut-offs" consumed time.

"It has been observed that till three or four cut-off lists are out, seats are not filled in some colleges mainly due to unrealistic cut-offs. We are thinking to hold orientation programmes to help principals understand this," he said.

Last academic year, DU had released eleven cut-off lists for admissions to its undergraduate courses in various colleges affiliated with it. 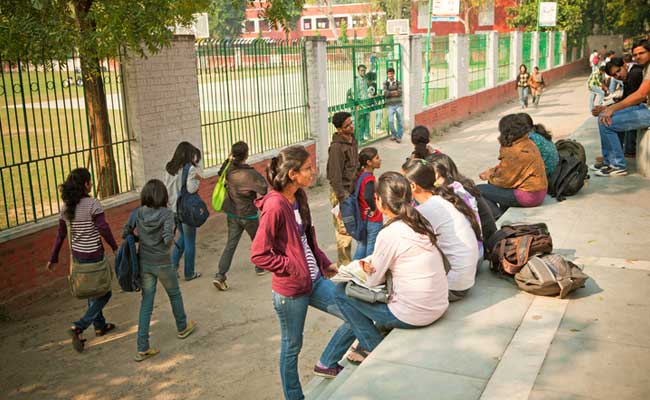 The panel has also decided to set up a committee to look into the viability of conducting online counselling so that the seats are automatically allocated online without any dependence on the principals of around 63 DU colleges, reported PTI.

"The committee will suggest ways to allocate seats to students through a centralised system without the dependence of principals in order to save time," Prof. Pandit said.

The panel also set up two more committees to explore the possibility of holding online admission tests for undergraduate courses and to decide merit-based admissions in postgraduate courses.

"Beyond the reservation policy, there will be 2 per cent extra benefit in cut-off to OBC women candidates," Prof Pandit said, adding that the proportion of girls studying in the varsity last year was much lesser than boys in this category.

The DU panel head said this was not the case with other categories.

"In SC/ST category, the proportion of girls and boys studying in DU last year were almost equivalent, but in unreserved category, boys were lesser than girls during the same period," he said.

Prof Pandit said central observers would go to different colleges to ensure that all constitutional procedures were followed to allocate seats to reserved category students.

It was also unanimously accepted at the meeting that Computer-Based Online Test (CBOT) would be held for all postgraduate courses this year, besides setting up a separate tab for Non-Collegiate Women's Education Board (NCWEB) in the main application form.

The panel also decided to send advisory to all colleges to have forensic experts to verify certificates of students, to avoid rejection of applications after a long duration.

Principals of Kendria Vidyalayas will also be educated about the admission process, Prof Pandit said.

According to reports, last year also, the deliberations were held to start the admission process early even before the declaration of board exam results.

Holiday For Educational Institutions In Coastal Karnataka Tomorrow Due To Rains