Chhath Puja, the festival dedicated to the Sun god, is celebrated on the sixth day Kartik month of Hindu calendar. 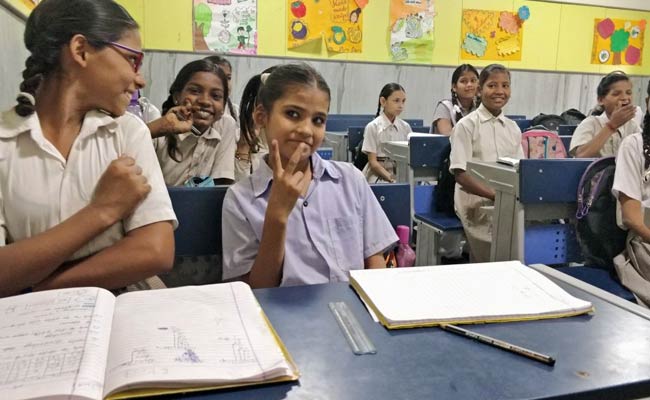 Schools in Delhi will remain closed tomorrow on the occasion of Chhath Puja.

Schools in Delhi will remain closed tomorrow on the occasion of Chhath Puja. This year, Chhath Puja will be celebrated from the evening of November 13 till the morning of November 14. According to an official from Delhi Government, the public and private schools in the state will be closed on November 13, 2018. Chhath Puja, the festival dedicated to the Sun god, is celebrated on the sixth day Kartik month of Hindu calendar. Every year, the festival commences with paying oblation to the setting sun and concludes with paying obeisance to the rising sun.

The Delhi Deputy Chief Minister had earlier requested the Lieutenant Governor to declare November 13 as a public holiday.

An official from a private school also confirmed about the school holiday tomorrow.

Delhi Development Minister Gopal Rai on Friday inspected a Yamuna ghat near ITO and took stock of preparatory works for the festival.

Mr Rai said the AAP government has made arrangements for Chhath Puja at 1,000 locations in city.

A government statement said there were only 60 ghats before the formation of the AAP government.

It stated that 1,000 ghats are being set up along the banks of river Yamuna for Chhath Puja.

Delhi has around 40 lakh 'Poorvanchali' voters, hailing from eastern Uttar Pradesh and Bihar, who play a key role in elections.

Last year, the Aam Aadmi Party government had made a special financial provision in the 2017-18 Budget for setting up sufficient numbers of Chhath ghats across the city.

Meanwhile, the Delhi Traffic Police today issued an advisory about special traffic arrangements and restrictions for November 13 and 14 on the occasion of Chhath Puja.