Ask Alumni For Help, Instead Of Coming To Government 'With A Bowl Seeking Help': HRD Minister

Prakash Javadekar said that there are, however, some schools which keep approaching the government with a bowl seeking help while the real help (alumni) is with them itself. 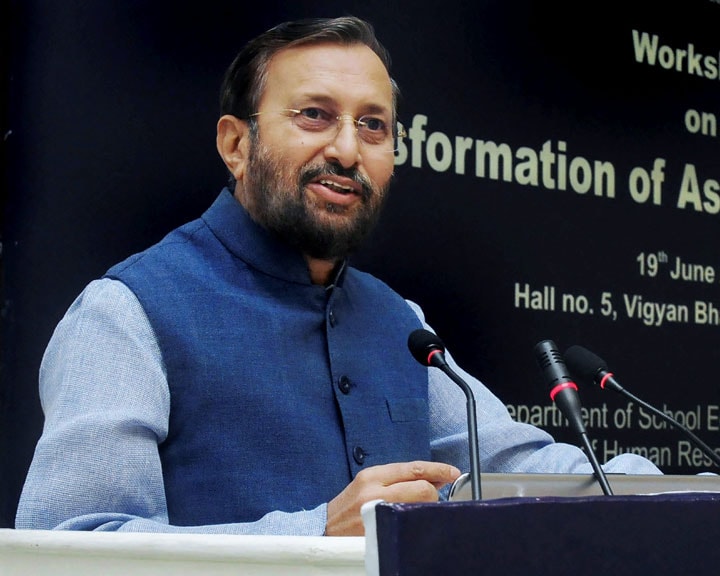 Union Minister Prakash Javadekar asked educational institutes to utilise their alumni associations for betterment instead of coming to the government "with a bowl seeking help". The Union Human Resource Development minister was speaking on Friday at a function organised here by the Jnana Prabhodini School. "Worldwide, who run educational institutes? It is the former students. Who run universities worldwide? It is the alumni who have excelled in their respective fields,"he told the gathering.

"Such students give back to their educational institutes. This same attitude has been cultivated by Jnana Prabhodhini among its students over the years, and because of the contribution of its former students, the institute is successfully running for the last 50 years," he said.

Prakash Javadekar said that there are, however, some schools which keep approaching the government with a bowl seeking help while the real help (alumni) is with them itself.

"It is the responsibility of former students to get associated with their schools or colleges and contribute for its betterment. It is also important for a school or college to cultivate that attitude in its students," the minister said.

(Except for the headline, this story has not been edited by NDTV staff and is published from a syndicated feed.)
Comments
Prakash JavadekarHRD Minister