75 Hospitals In Aspirational Districts To Be Converted Into Medical Colleges: Dr. Harsh Vardhan

The Union minister said the Centre was also seriously considering Odisha government's proposals for setting up two more medical colleges in the state. 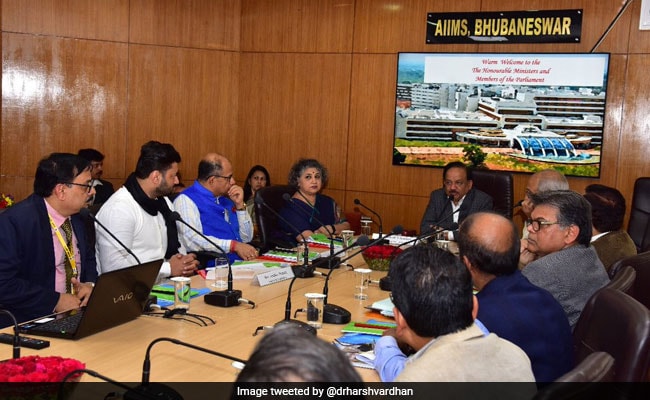 75 hospitals in aspirational districts to be converted into medical colleges: Dr. Harsh Vardhan

Union Minister Harsh Vardhan on Wednesday said the Centre was planning to convert 75 hospitals in aspirational districts across the country into medical colleges in a phase-wise manner.

Dr. Vardhan, who was here to unveil a statue of former prime minister Atal Bihari Vajpayee on his 95th birth anniversary at AIIMS-Bhubaneswar, said a target has been set to convert 49 hospitals, including six in Odisha, into medical colleges within four to five years.

The Union minister said the Centre was also seriously considering Odisha government's proposals for setting up two more medical colleges in the state.

Official sources said the Centre has included 10 districts of Odisha Balangir, Dhenkanal Gajapati, Kalahandi, Kandhamal, Koraput, Malkangiri, Nabarangapur, Nuapada and Rayagada in the list of aspirational districts. The proposed medical colleges may come up in any six districts of the state.

Dr. Vardhan also reiterated his appeal to the Odisha government to implement the Ayushman Bharat scheme in the state.

"We have been appealing to the state government to implement the Ayushman Bharat scheme in Odisha so that poor people will get the free of cost health service," he said.

Apart from Odisha, the states like West Bengal and Telengana have so far not implemented the Ayushman Bharat scheme.

The Union health and family welfare minister said 55 crore people across the country are entitled to get free of cost health treatment under the scheme.

Seventy lakh people have availed free of cost health services in 20,000 hospitals within one year, Vardhan claimed. Stating that the Centre has planned to set up 1.5 lakh health and wellness centres across the country under the Ayushman Bharat scheme, Dr. Vardhan said 25,000 such units have already been established.

AIIMS-Bhubaneswar Director B Gitanjali said a Gamma Knife Centre with first-generation 1.5 Tesla intra-operative MRI surgical suite will be set up at the institute next year.

(Except for the headline, this story has not been edited by NDTV staff and is published from a syndicated feed.)
Comments
Medical College