At 236 Kg, Delhi Boy Was "World's Heaviest Teen" Before Surgery 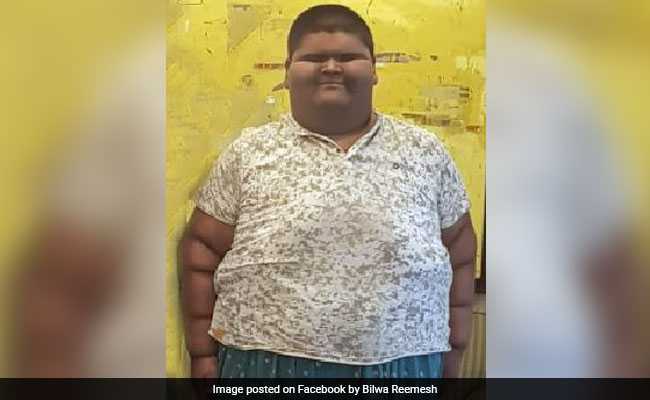 14-year-old Mihir cannot attend school because of his poor health.

Delhi boy Mihir Jain weighed 237 kg at the age of 14. His weight affected his ability to walk or breathe properly and he had to undergo a weight-reduction surgery.

The hospital has claimed that he was the "heaviest teen in the world with a BMI of 92 kg/m2" before a bariatric operation helped him shed over 30 kg.

He had to lose 40 kg before he could even go in for surgery.

"Mihir came to my OPD last December a wheel-chair and I couldn't believe my eyes. He was grossly obese, his BMI was 92, that is amazingly high. He wasn't able to open his eyes, as his face was puffy, and not able to stand properly. When I learnt about his age, I was disturbed to know that he had reached this dangerous BMI in just 14 years," said Dr Pradeep Chowbey, Chairman of Max Institute of Minimal Access, Metabolic and Bariatric Surgery.

Mihir weighed 2.5 kg at birth in 2003. He first showed signs of obesity at the age of 5, weighing 60-70 kg, the hospital said. Mihir's family has a history of obesity, but the boy also had an uncontrolled diet and would consume a lot of junk food.

"He has been on a supervised diet which began with complete liquids followed by soft diet. Now, he is taking solid food but more of proteins and less carbohydrates food," the hospital said, adding, his BMI in December was 92 and at the time of surgery it was 76 units.

Generally with 92 BMI, the surgery one can think of is gastric sleeve, but we were strongly in favour of gastric bypass as it is a gold standard procedure," Dr Chowbey said.

Mihir's mother, Puja Jain said that he had to be "home schooled, and eventually lost touch with all his friends".

He has now begun exercising and is looking forward to the day when he weighs normal and go to school.