"A thorough survey will be conducted to identify all dark spots around East Delhi, and proper lighting will be installed in these areas," the manifesto said. 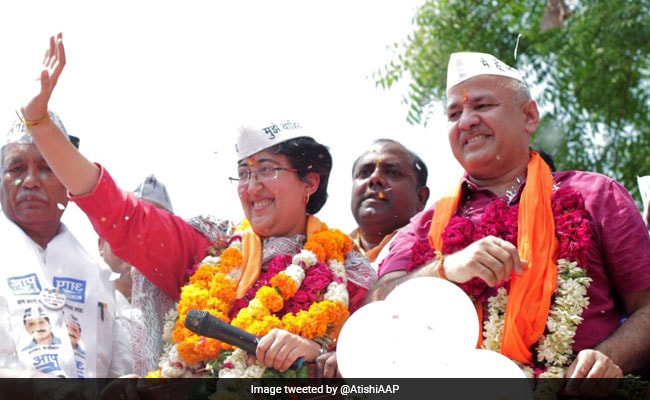 Atishi said many DDA roads in the constituency are not well lit and are a major concern for women.

From starting women-only buses after 7 pm, to increasing the number of PCR vans and establishment of mahila thanas, East Delhi AAP candidate Atishi focussed on women safety in the manifesto released by her today.

Atishi said many DDA roads in the constituency are not well lit and are a major concern for women.

"A thorough survey will be conducted to identify all dark spots around East Delhi, and proper lighting will be installed in these areas," the manifesto said.

The manifesto said the first major step will be to increase the number of PCR vans in East Delhi, so that 24-hour police surveillance acts as a deterrent for anti-social elements.

"New police beat boxes will be set up around residential areas, so that people feel safe at all hours of the day, and response time for problems reduces to no more than a few minutes," it said.

She said the number of police officials working in East Delhi will be increased, keeping in mind the population density and high demand of the area. Recruitment will be made for all vacant posts she added.

In education sector, the manifesto promised to get the constituency its own university campus, so that students do not have to travel across Delhi in search of good colleges.

"Along with a new university campus, East Delhi's youth will also get more centres for vocational and technical education that makes them job-ready. Holistic learning and arts education institutions would be set up to provide opportunities to students," it said.

On environment protection, the manifesto said East Delhi is popularly called ''jamunapaar'', but the river that is tied to the identity of Delhi, is in fact little more than a ''nallah'' today.

"With full statehood, the Delhi government will coordinate between various government agencies to ensure Yamuna's revival," it promised.

The manifesto also gives a brief introduction of Atishi and mentions her role in revamping the state of education in government-run schools in the national capital.