Who's the bigger crowd-puller? Narendra Modi takes on Rahul Gandhi 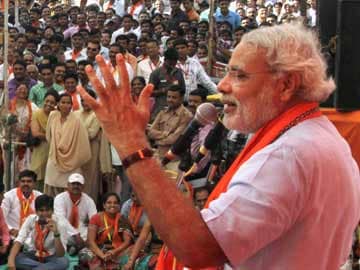 Mr Modi is the BJP's prime ministerial candidate.  Mr Gandhi is leading the Congress party's campaign for five state elections.  Their results will be used by political parties as a mosaic of the possible outcome of the national elections, due by May.

Promoted
Listen to the latest songs, only on JioSaavn.com
After the ignominy of Sunday's rally for Mr Gandhi, the Congress said that the poor turnout was not a reflection of his star power.  The party blamed factors like strict police checks and a shortage of water at the venue for the penurious crowd.