Watch Your Speed In Delhi, These Are The New Limits

The notification states that rash driving on Delhi roads is endangering lives and it is necessary to regulate speeds of vehicles to ensure safety. 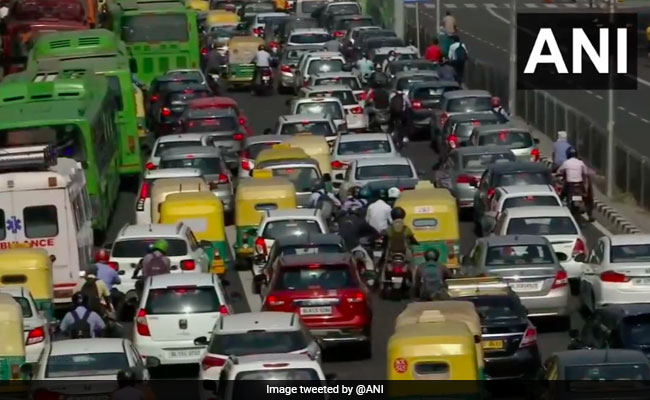 Watch your speedometer the next time you are out driving because the Delhi Traffic Police has revised the maximum permissible speed limits on the roads of the capital for all categories of vehicles.

The revised limits for different roads and categories of vehicles have been published in Delhi Gazette. The notification, dated June 8, states that rash driving on the city roads is endangering the lives of drivers and passengers and it is necessary to regulate speeds of vehicles to ensure safety.

The maximum speed for M1 category of vehicles, comprising private cars and app-based cabs such as Ola and Uber, ranges from 50 km/hour to 70 km/hour on city roads. For narrower roads in residential and market areas, and service lanes, the top speed has been capped at 30 km/hour for this category.

Delhi Traffic Police has revised maximum speed limit all over Delhi for different categories of Motor Vehicles plying on Delhi Roads which has been published in Delhi Gazette vide No https://t.co/P0P1QhqSmE.20/4/2003/HP-II/1324 and the copy of this notification is attached below pic.twitter.com/pCUtdr4yH0

For two-wheelers, the maximum permissible speed limit is now 60 km/hour on city roads and 30 km/hour in residential and market areas.

M2 and M3 category vehicles can now be driven at a maximum of 60 km/hour in the city. This category, defined in the notification as vehicles used for carriage of passengers comprising nine or more seats in addition to the driver's seat, mostly comprises buses.

For other categories of vehicles, including three-wheelers referred to as Gramin Sewa or Phat-Phat Sewa and goods carriers, the maximum speed limit remains at 40 km/hour.

The order caps the maximum speed on loops of flyovers at 40 km/hour for all categories of vehicles.

The new speed limits have come into force and civic agencies have been directed to erect signboards to inform drivers of the revised limits.

According to Delhi Traffic Police data, the capital saw 5,610 road accidents in 2019 which claimed 1,463 lives. The number dropped to 4,178 accidents in 2020, partly owing to the nationwide lockdown and other Covid restrictions. As many as 1,196 deaths due to accidents were reported last year.