Read inOther Languages
This Article is From Jul 01, 2018

Tremors Felt In Delhi, Gurgaon After Earthquake In Haryana's Sonepat

The earthquake struck Sonipat, around 45 kilometers from the national capital, at 3:37 pm. 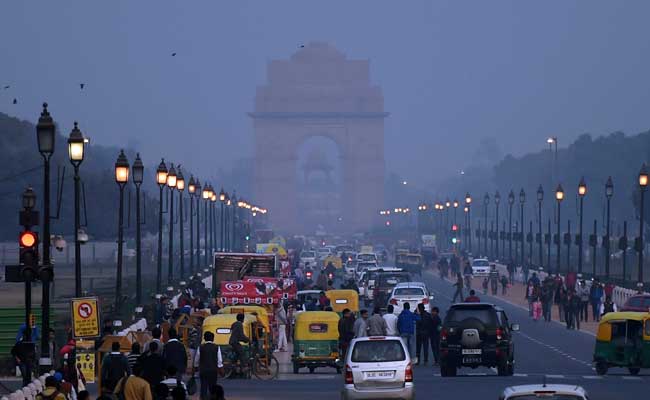 There have been no reports of any damage or casualties.

Tremors were felt in Delhi and parts of the National Capital Region (NCR) on Sunday evening for a few seconds after a 4.0 magnitude earthquake struck Haryana's Sonepat.

The earthquake struck Sonepat, around 45 kilometers from the national capital, at 3:37 pm.

According to the Centre for Seismology, the epicentre of the earthquake was at 28.9 degrees north latitude and 77 degrees East. The quake, classified as moderate, was at a depth of 5 km.

Tremors were also felt in parts of western Uttar Pradesh and nearby areas of Haryana. There have been no reports of any damage or casualties.

Many people from Delhi, Gurgaon, Noida and Ghaziabad took to Twitter just after they felt the earthquake tremors.

#earthquake...there have been quite a few in recent past but this one ominously felt like a big jolt..prayers for everyone safety.

A twitter user said, "My bed was shaking while I was studying in my room due to the earthquake."

#earthquake share your experience guys if felt it badly... I was jolted for 10 seconds or may b more than that

In May, strong tremors were felt in Delhi and other parts of northern India after a 6.2 magnitude earthquake struck north Afghanistan.

Last month, two earthquakes struck neighbouring Himachachal Pradesh. On June 17, an earthquake measuring 3.2 on the Richter scale was recorded at 3.36 am.  The epicentre of the quake was Shimla region, bordering Kinnaur district, which shares a border with China.

Chamba district, adjoining Jammu and Kashmir, was rocked by a low intensity earthquake on June 14. It measured 4.6 on the Richter scale.