Traffic Inspector Karmveer alleged that the Deputy Commissioner of Police Madhur Verma first abused him and then beat him up. Mr Verma has called the allegations "false". 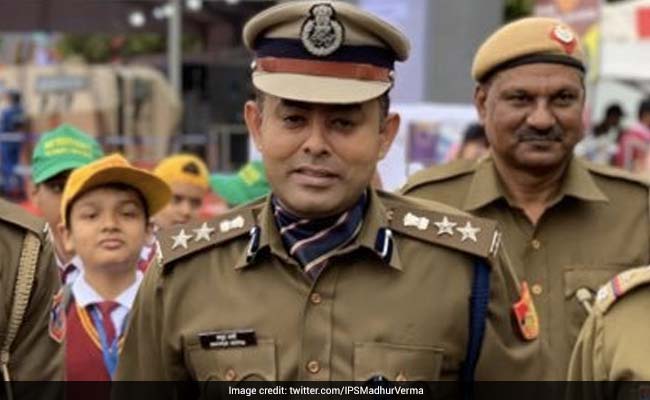 Deputy Commissioner of Police Madhur Verma (above) has called the allegations "false".

A traffic inspector has accused a senior police officer of Delhi for thrashing and abusing him for stopping his car. The top cop, however, has rubbished it as a "cooked-up story".

Traffic Inspector Karmveer, who is posted in Khan Market Circle, has alleged that on Sunday night, a carapproached him from the wrong side. He stopped the car and questioned the driver and an argument broke out between the two. When the inspector threatened to fine him, the driver replied that he was the operator of Deputy Commissioner of Police Madhur Verma, reported news agency ANI.

The traffic inspector said that after the incident, the Station House Officer called him at the police station at 11 pm where Madhur Verma was also present. He alleged that the Deputy Commissioner of Police first abused him and then beat him up. Following the incident, the traffic inspector said that he filed a complaint against Mr Verma in the police station and with the Delhi Police Commissioner, the governor and the Prime Minister's office.

Mr Verma called the allegations "false" and said that he is doing so to save himself from departmental action against him.

"On Sunday, the Traffic Inspector Karmveer behaved rudely with a rider who was riding a Puducherry vehicle. He also misbehaved with his subordinates in the Delhi Police," Mr Verma told news agency ANI.

"He apologised for his action, but realising that there will be departmental action against him, he made up a story and is levelling false allegations," the top cop added.