Roughly 35,000 runners are set to participate in the Airtel Delhi Half Marathon on Nov. 19 despite a toxic smog that descended on capital and caused a "public health emergency." 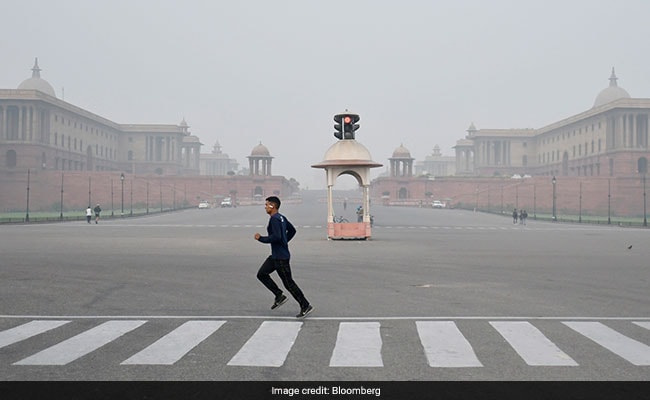 A half-marathon in one of the world's most polluted mega-cities will go ahead despite calls to cancel the event from medical association and a warning from the lead sponsor that it may pull funding from future races if authorities don't "urgently" address air pollution.

Roughly 35,000 runners are set to participate in the Airtel Delhi Half Marathon on Nov. 19 despite a toxic smog that descended on capital and caused a "public health emergency." The deadly haze in New Delhi is a combination of smoke from farmers setting fire to fields, vehicle and industrial emissions and dust from roads and construction sites.

Runners exerting themselves in the smoggy air face the risk of lung damage and heart attacks, said K.K. Aggarwal, president of the Indian Medical Association, by phone, citing similar deaths in Beijing.

"At this moment, it's dangerous for runners to participate in the marathon," said Aggarwal, whose organisation has recommended the race be canceled. He told BloombergQuint that "absolutely no marathon" should be held when the air quality index (AQI) is above 150. On Nov. 16, the AQI level in Delhi reached 367, a level considered "hazardous," according to a U.S. embassy monitor. 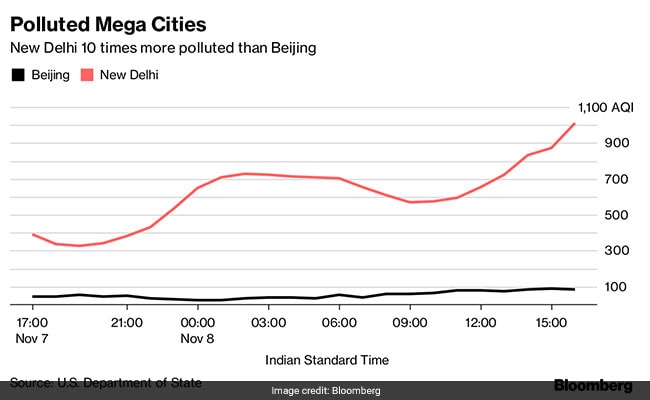 India's air pollution -- with high levels of small particulate matter known as PM 2.5 that can lodge in the lungs and enter the bloodstream -- raises the risk of stroke, heart disease and lung cancer. The World Bank estimated air pollution killed around 1.4 million people in 2013.

Race organizer Procam International declined to comment. In a previous statement, it said they were "conscious that the state of air quality is not conducive."

But the event will take place regardless, they said, noting runners had spent "sweat and tears" and charities relied on the fundraising. The company said the course was being sprayed to reduce dust and that "potential dust hot spots" had been identified.

"With the current challenges that the capital city is facing, Procam International has worked on an elaborate plan of action in consultation with experts," the company said.

Bharti Airtel Ltd., country's largest telecom operator and lead sponsor, said it had received a lot of feedback "expressing concern on holding the marathon in view of the prevailing air pollution" in Delhi. "Air pollution poses serious health risks and it is important that these concerns are addressed urgently and appropriately by the authorities for Airtel to continue associating with the event next year and beyond," according to a statement from Airtel.

That urgent action does not look like it's happening.

Politicians have been unable to come up with meaningful solutions. The issue crosses political jurisdictions from Delhi to neighboring states of Haryana and Punjab -- and even over to Pakistan.