Town Vending Panels Notified To Be Set Up: Delhi Government To Top Court

On September 12, the Delhi government had told the Supreme Court that it would issue the notification within three days. 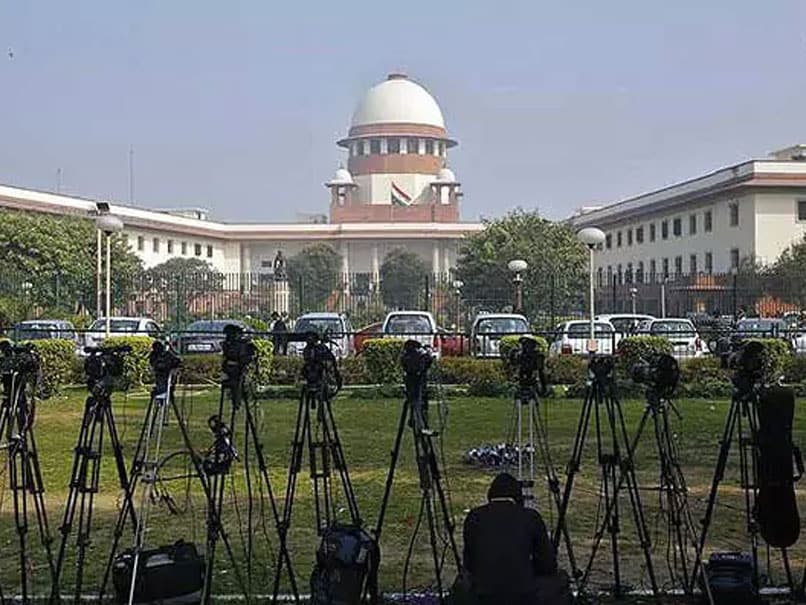 The Supreme Court had earlier pulled up the Delhi government on the issue. (File)

A notification, constituting town vending committees (TVCs) for which elections were held on July 15, has been issued, the Delhi government Monday told the Supreme Court. A bench of Justices Madan B Lokur and Deepak Gupta was informed by the counsel for Delhi government that the notification has been issued in accordance with the Delhi Street Vendors (Protection of Livelihood and Regulation of Street Vending) Rules, 2017.

The Supreme Court said that since the TVCs have been notified, the committees could now look into all aspects related to street vendors in the national capital.

On September 12, the Delhi government had told the Supreme Court that it would issue within three days the notification regarding constitution of the TVCs.

An advocate, appearing for the street vendors, said the elections for 26 TVCs had taken place on July 15, but only 12 TVCs had the required number of members.

The bench then observed: "We have to move forward and not backward. Now the notification has come. Let it be implemented. Let the statute be implemented."

The advocate said that now a scheme has to be formulated by the Delhi government in consultation with the TVCs as per the provisions of the Street Vendors (Protection of Livelihood and Regulation of Street Vending) Act, 2014.

The bench, after perusing the provisions of the Act, asked the Delhi government counsel to frame the scheme on or before December 31 this year.

The Supreme Court had earlier pulled up the city government and asked why no TVCs were constituted as per the rules even after 2014 Act came into force four years ago.

The issue of encroachments had also cropped in the Delhi sealing matter in which the apex court is dealing with the issue of validity of the Delhi Laws (Special Provisions) Act, 2006 and subsequent legislations which protect unauthorised constructions from being sealed.