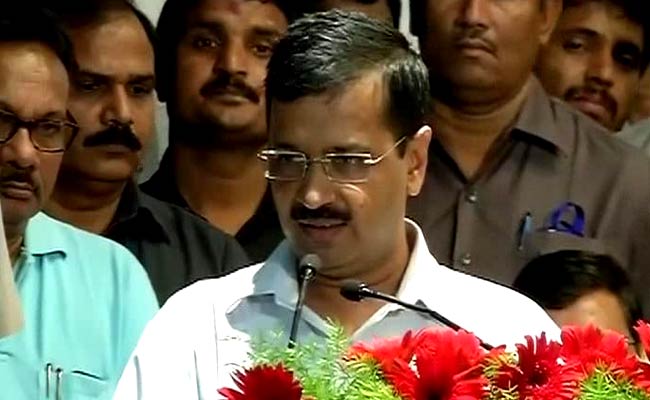 Delhi Chief Minister Arvind Kejriwal had earlier hit out at the police, saying it had "completely failed" to provide safety to the citizens.

Deputy Chief Minister Manish Sisodia said "politics" over such incidents was "much needed" in light of "irresponsible attitude" of senior police officials. He was alluding to allegations that AAP was politicising the issue.

"Be it London or America, rapes happen everywhere. It's our responsibility to fight hard against it... Delhi Chief Minister's views are his perception. If Delhi Police is bad are police forces elsewhere also bad?" Mr Mishra, Senior Special Commissioner - Law and Order, reportedly said.

Mr Kejriwal and Mr Sisodia took to Twitter to slam Mr Mishra. "This is shameful. Completely insensitive. Hope PM and his LG don't subscribe to it," the chief minister said.

"Yes it is politics. Specially when we see such irresponsible attitude from top cops, this politics is much needed," Mr Sisodia tweeted.

Reacting to BJP's allegation that the chief minister is playing "shallow politics" over rape, he said, "Yes we are in politics and it's politics against crime. Not to protect rapists-murderers like many politicians doing shamelessly everyday."

When contacted, Mr Mishra said that the reactions to his "misunderstood" comments were "out of context". "I essentially said that rape is a social evil which can happen anywhere and it is high time that we all should put our head and heart into the eradication of the social menace," Mishra said.

Earlier, Mr Kejriwal hit out at the police, saying it had "completely failed" to provide safety to the citizens, while urging PM Narendra Modi to "either act himself" or give AAP government the authority over law and order in the capital.

Two children, including a two-and-half-year-old, were brutally raped in the capital, a week after the grisly sexual assult on a minor.

In the first case, the two-and-a-half-year-old girl was kidnapped by two motorcycle-borne men from a Ramlila event in west Delhi's Nihal Vihar locality last night. She was later found in a park bleeding profusely and crying.

In the second incident, a five-year-old girl was allegedly gang-raped by a co-tenant and two of his associates at a slum cluster in east Delhi's Anand Vihar area last evening.