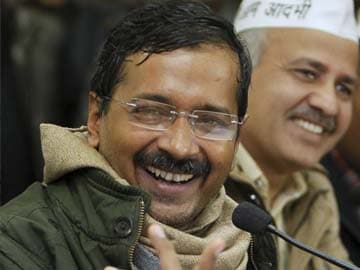 New Delhi: Delhi Chief Minister Arvind Kejriwal, with the support of the eight legislators of the Congress, today demonstrated on the floor of the state legislature that he has the support of 38 of Delhi's 70 MLAs. Before the trust vote, in a short speech to close the debate on it, Mr Kejriwal said the aam aadmi or common man wants honest politics.

Following are the top 10 quotes from Mr Kejriwal's speech: