A sealing drive in Delhi is being carried out against business establishments using residential properties for commercial purposes, and is being implemented by the three BJP-led municipal corporations 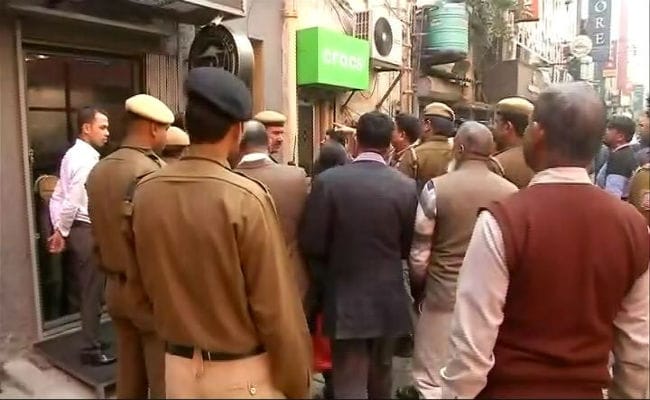 New Delhi: Two days after AAP legislator Saurabh Bhardwaj asked Lieutenant Governor Anil Baijal for an appointment to discuss the ongoing sealing drive in the national capital, the party's chief spokesperson on Monday complained that he didn't receive a response but a "press release".

Earlier in the day, Mr Baijal issued a statement saying he wrote to Mr Bhardwaj that "all" possible solutions to the ongoing sealing drive were being explored.

"Keeping in view the judicial pronouncements on the subject and extant laws, all possible solutions are being explored to overcome the crisis," he said.

This came in reply to Mr Bhardwaj's request on Saturday for an appointment.

"The matter concerns the livelihood of lakhs of people and also the planned development of Delhi. Constructive suggestions are welcome to resolve the issue in writing or can," Mr Baijal said.

The sealing drive is being carried out by a Supreme Court-appointed monitoring committee against business establishments using residential properties for commercial purposes, and is being implemented by the three BJP-led municipal corporations.

Mr Baijal said he has "already" held a number of meetings, met and heard various stakeholders including delegations representing the shopkeepers and traders, to understand all the facets of this issue.

Mr Bhardwaj added, "I feel very honoured to receive a reply from LG office via Press Release. He has suggested us to send suggestions to UD (Urban Development) Ministry, GNCTD (Government of National Capital Territory of Delhi)."

"This requires certain clarifications about DDA (Delhi Development Authority). Large portion of sealing can be immediately halted by amending the Master Plan 2021 to accommodate increased FAR and other changes. This MPD (Master Plan Delhi) 2021 can be amended by DDA only.

"This does not require anything from UD Ministry, GNCTD. This has to be done by DDA alone, which comes under Central Government and LG is the chairperson of DDA," he said.

The AAP leader made another request for a "brief" meeting.

A delegation of BJP leaders will meet Delhi Chief Minister Arvind Kejriwal on Tuesday to discuss the issue of an ongoing sealing drive in the capital and request him to immediately notify 351 roads.

Later in the day, in a letter addressing the Governor, Mr Kejriwal wrote that as soon as the delegation reaches him, he would move to Mr Baijal's house along with them to discuss the matter.

Promoted
Listen to the latest songs, only on JioSaavn.com
"First demonetisation, then FDI, then GST and now sealing -- small businessmen in Delhi have suffered a lot. Only you can save them. As this issue directly comes under your powers, I will come and meet you along with the BJP delegation and AAP MLAs," Mr Kejriwal wrote.

The AAP's councillors and activists would protest against the ongoing sealing drive at the Civic Centre in central Delhi on Tuesday.