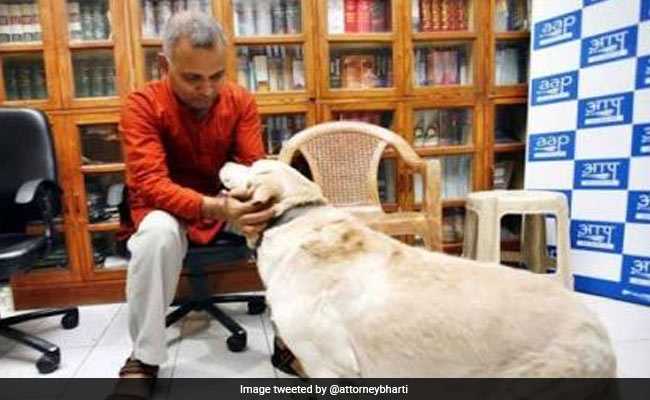 The Labrador Don was in the news in 2015 as Mr Bharti's wife Lipika accused him of torture.

AAP legislator Somnath Bharti's pet Labrador ‘Don’, who made headlines for reportedly biting his wife in the middle of a domestic violence case against the politician, died Sunday night.

Don was in the news in 2015 as Mr Bharti's wife Lipika accused him of torture, including unleashing the Labrador at her.

The police had claimed that Don was crucial to establishing Lipika's charges against the AAP's Malviya Nagar MLA. The dog was taken into custody to ascertain the allegations against Mr Bharti, but was later given a clean chit by a city court.

News channels played footage of Don accompanying his master during his frequent visits to police station in connection with the case.

Even as Mr Bharti spent time behind the bars, the pathetic condition of his pet dog due to a heart ailment was talk of the town.

The AAP leader narrated the last minutes of his pet as he arrived from a trip to Chhattisgarh on Sunday.

The AAP MLA also shared that he was advised mercy killing since Don was not keeping well for some time,