"The AAP government has not constructed any new hospital or road. The people of Delhi have seen through the "real face" of the party," she said. 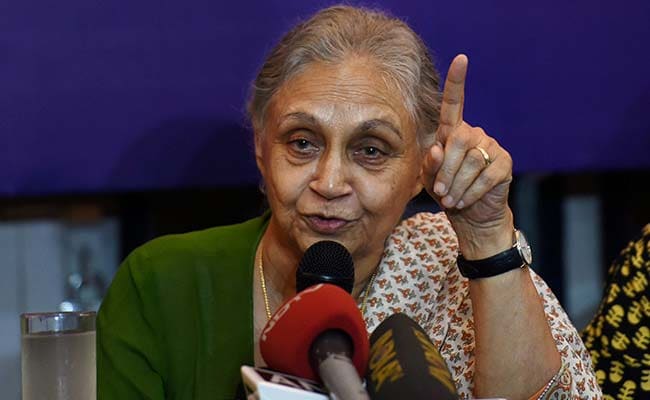 The Congress today hit out at the Aam Aadmi Party (AAP) for "squandering public money" for propagating "lies" as it alleged that the party had taken credit for the work done by Sheila Dikshit's government.

At a meeting of former legislators, Former Delhi Chief Minister Sheila Dikshit attacked AAP for its "lies". "Kejriwal government has been taking credit for the work done by the Congress governments in Delhi, without laying a single brick for development in its four year rule. Instead, it has been squandering the tax payers' money for self-publicity by propagating lies and confusion through advertisements," she alleged.

"The AAP government has not constructed any new hospital, no new flyovers nor any new under-pass in the last four years. Delhi people have seen through the "real face" of the party and will teach them an "unforgettable lesson" in Lok Sabha polls, she said.

Congress spokesperson Jitender Kumar Kochar said the AAP has been asking people not to "waste" their votes on Congress. "What will the AAP do by winning all the seven Lok Sabha seats in Delhi? AAP will be nowhere in the scene and will only end up helping the BJP by cutting the votes of Congress," he said.