"Only a parliament session can change the constitution and the parliament is not in session," Sheila Dikshit said. 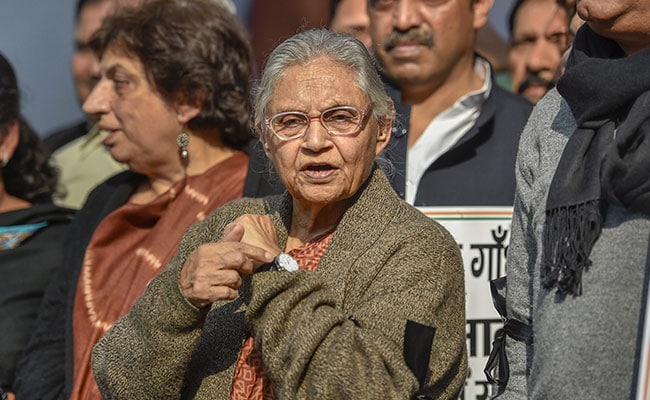 "Why is he doing this? I don't understand," Ms Dikshit was quoted by news agency ANI. "Only a parliament session can change the constitution and the parliament is not in session," she said.

Mr Kejriwal announced his hunger strike on Saturday as he attacked the Congress and the BJP and accused the two national parties of "back-stabbing Delhi". "It will be my proud privilege to lay down my life fighting for Delhiites rights," he said in a tweet.

Calling the hunger strike as his "last resort", Mr Kejriwal, earlier today, blamed the Modi government at the centre and alleged interference in the functioning of the state government in the last four years.

"We tried everything- pleaded, protested, went to the court... when we were left with no other option, we chose to fast," a tweet in Hindi on his official account read.

Ms Dikshit's latest remarks on the Delhi Chief Minister come days after she dismissed his claim of pursuing Congress to ally with the AAP for general elections. "When did AAP ever come to us? If Arvind wants an alliance, then he should directly speak to me," she had said.