Addressing a press conference, AAP national spokesperson and Rajya Sabha MP Sanjay Singh also demanded that legal proceedings be initiated against Mr Saxena for allegedly awarding the contract to his daughter Shivangi Saxena in violation of the law. 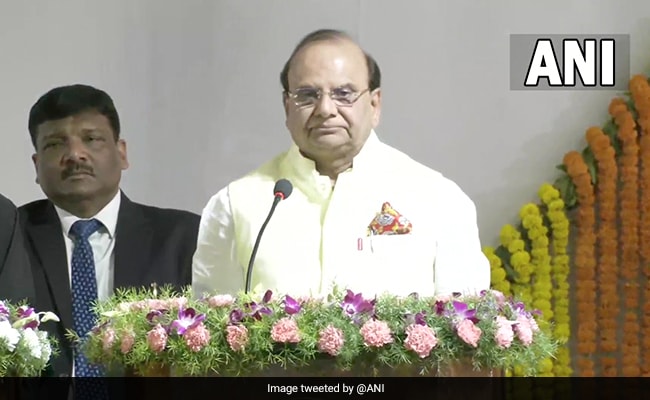 The Aam Aadmi Party or AAP today alleged that Delhi Lt Governor VK Saxena misused his position and awarded a contract for interior designing of a Khadi lounge in Mumbai to his daughter when he was the KVIC chairman and demanded that Prime Minister Narendra Modi "immediately" sack him.

Addressing a press conference, AAP national spokesperson and Rajya Sabha MP Sanjay Singh also demanded that legal proceedings be initiated against Mr Saxena for allegedly awarding the contract to his daughter Shivangi Saxena in violation of the law.

"LG VK Saxena, during his term as KVIC chairman, misused his position and awarded a contract for interior designing of a Khadi lounge in Mumbai to his daughter. In awarding the contract, he violated the provisions of the KVIC Act 1961," Mr Singh charged.

He said the Prime Minister should immediately sack Mr Saxena as the Delhi LG and legal action should be taken against him for illegally awarding the contract to his daughter.

The AAP is holding consultations with its senior lawyers and preparing to approach the court in the matter, Mr Singh said.

"Delhi LG can't escape his misdeeds. We will soon be approaching court in the matter because the due process of awarding the contract was not followed," he said, asking "how can the KVIC chairman give a contract to his relative?"

Taking to Twitter, Mr Singh had on Thursday asked Mr Saxena if he had awarded a contract to his daughter without floating any tender when he was the Khadi and Village Industries Commission (KVIC) chief.

Reacting to the AAP MP's allegation, the LG's office had tweeted that Mr Saxena, as KVIC chairman, had got the design of the Khadi Lounge, Mumbai made by his daughter, who is a designer, free of cost.

"It should be known that the Hon'ble Lt. Governor, as KVIC president, had got the design of Khadi Lounge, Mumbai made free of cost (pro bono) requesting his daughter, who is a designer," the Raj Niwas had clarified in a tweet, adding, "Contrary to your (Singh's) statement, there was no tender for the design, and no one got the tender and instead, lakhs of rupees of KVIC were saved." Replying to questions on the Raj Niwas's clarification, Mr Singh said the KVIC Act clearly bars its officials from awarding any contract or work to any of their family members.

"What kind of logic is this? Saurabh Bharadwaj (AAP leader) who is a computer engineer, wants to do Central Vista IT work for free. Our Praveen Deshmukh (AAP MLA), who is an MBA, wants to take care of the management of the Prime Minister Minister's Office for free…Will they be given this work?" he asked.

"Whether due process was followed? Whether any tender was floated or an open invitation was given for free service of the interior designers for the work. Mr Saxena's daughter was the only best interior designer available in the country?" Mr Singh asked.

He alleged that Mr Saxena got the Mumbai Khadi lounge interior designing work done by his daughter and even got her name written in the inaugural plaque of the lounge for her professional gain.

Delhi Fridge Murder: The Evidence So Far That Nails The Boyfriend