Delhi road rage case: The horrific CCTV footage of a shop's store shows one of the two men pinned to the ground and being punched, kicked and beaten with sticks. 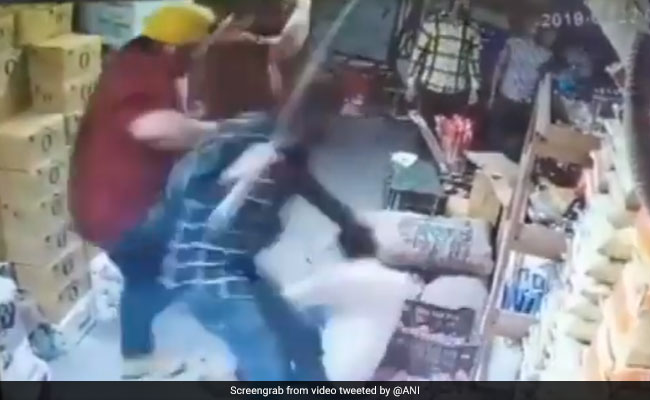 In West Delhi's Punjabi Bagh, two men were severely thrashed by a group of men.

Two men were thrashed and were allegedly robbed of Rs 15 lakh by a group of men in Delhi's Punjabi Bagh on Wednesday night, news agency ANI reported.

The horrific CCTV footage of a shop's store shows one of the two men pinned to the ground and being punched, kicked and beaten with sticks. His pleas did not stop the gang as they continued to rain unrelenting blows at him till he became motionless.

#WATCH Delhi: A person was thrashed following a road rage incident after the car he was traveling in was rammed into by another car in Punjabi Bagh, last night. The victim alleged that accused persons looted Rs 15 lakh cash from his shop, he has survived the thrashing. pic.twitter.com/piNDBzlZ06

According to the police, the two men were going home in their car when another Swift car crashed into them from behind. The Swift car driver offered a compensation of Rs 2,500 but the two men demanded Rs 4,000. An argument broke out and the Swift driver called his friends.

"Around 15 people gathered and thrashed the two men. They also allegedly took a bag containing Rs 15 lakh cash from them," a police official was quoted as saying by news agency ANI.

The two men have survived the thrashing and are admitted to a local hospital.

The police have registered an FIR and are carrying out investigations.