At the new "Garvi Gujarat Bhawan" building, Mr Modi said, "This might be a model of mini-Gujarat, but at the same time is also a proof of that 'New India' where we talk of going forward." 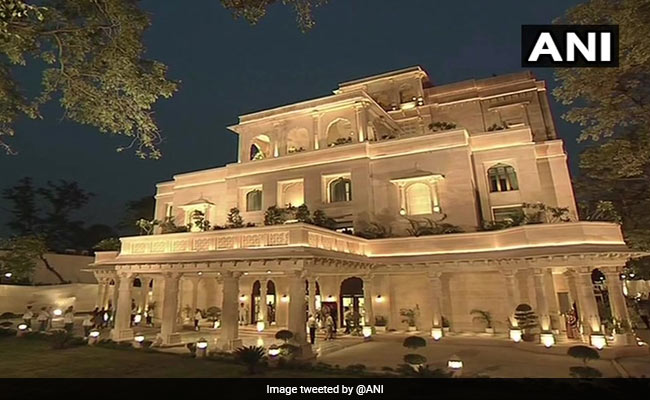 "Garvi Gujarat Bhawan" is the second state bhawan of Gujarat government in Delhi.

At the event, PM Modi recalled his days as the chief minister of Gujarat as he met some people after a gap of 12-15 years at the bhawan's inauguration ceremony.

"I am seeing some of you after 12-15 years. There are people, who have devoted their lives for Gujarat. Anyone could have cut the ribbon. But I am glad that I got this opportunity as I am able to meet you all," Mr Modi said in his address.

At the new "Garvi Gujarat Bhawan" building, Mr Modi said, "This might be a model of mini-Gujarat, but at the same time is also a proof of that 'New India' where we talk of going forward, while linking our cultural heritage with modernisation. We want to stay grounded and touch the skies."

The Prime Minister said that he is happy to see the "culture of completing projects on time developing" in the government agencies.

"I would like to congratulate people involved in the construction of this excellent building before the scheduled time. I am happy that the habit of completing projects on time is developing in government agencies," he said. 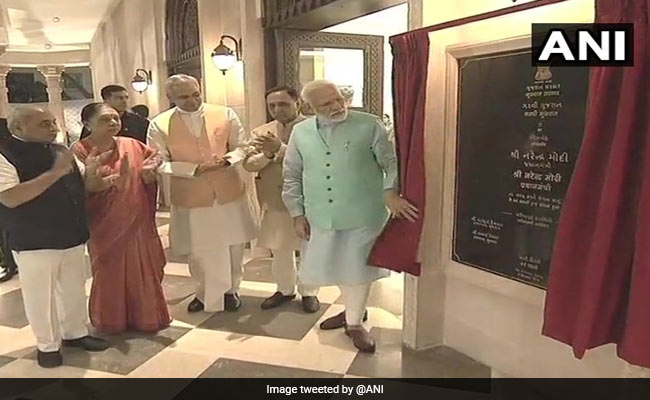 Mr Modi was accompanied by Gujarat Chief Minister Vijay Rupani, Deputy Chief Minister Nitin Patel and former chief minister Anandiben Patel, who is currently Uttar Pradesh governor, as he inaugurated and walked through the complex built over more than 7,000 sq metres of area at Akbar Road.

Mr Rupani said that this is the "first eco-friendly" state bhawan in the national capital. It cost Rs 131 crore and was completed three months ahead of the deadline, he added.

The bhawan has been described a mix of traditional and modern architecture with a rich reflection of the state's culture.

While the old Gujarat Bhavan at Chanakyapuri will continue to function, the new structure is built on an area of 20,325 square meters and have 19 suite rooms, 59 regular rooms, a restaurant, a public dining hall, a business centre, a souvenir shop, a multi-purpose hall, conference hall, four lounges, a gymnasium, a yoga centre, a terrace garden and a library.

Mr Modi also said that due to the formation of BJP governments at both Centre and State, obstacles in the development of Gujarat have been removed.