The court said the allegations were "very serious" and didn't grant bail to the 2 AAP MLAs, Amanatullah Khan and Prakash Jarwal. 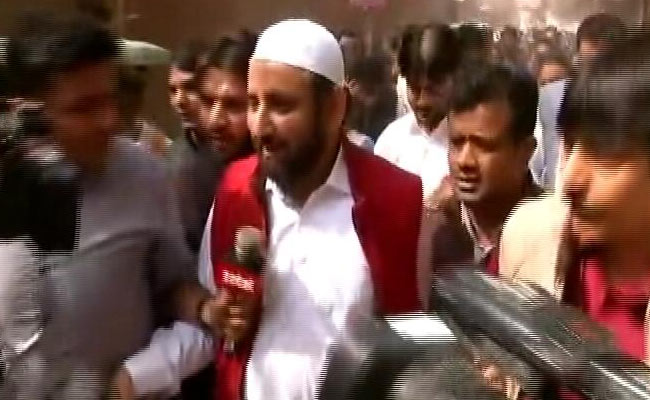 New Delhi: The assault on Delhi's top official at Monday's midnight meeting called by Chief Minister Arvind Kejriwal prima facie appeared to be the outcome of a "premeditated criminal conspiracy", a city court said on Friday, rejecting bail applications from the two AAP lawmakers, Amanatullah Khan and Prakash Jarwal, arrested in this case. According to news agency Press Trust of India, the court said this was a serious case and the two lawmakers could influence witnesses if released on bail.

But the court did not accept the police request either for custody of the two MLAs and sent them to Tihar jail. The Delhi Police had asked the magistrate to give them access to the lawmakers for two days for sustained questioning to get to the bottom of the assault case.

Metropolitan Magistrate Shefali Barnala Tondon said the court had already rejected this request once and the police had not come up with any new ground that could persuade the court to change its mind.

Ms Tondon was, however, as unsparing to the lawmakers when she ruled on their bail request.

"The circumstances if looked overall, prima facie point towards premeditated criminal conspiracy. Though bail is the rule and jail is an exception, however the applications of present applicants cannot be considered in a routine and casual manner, they being history-sheeters, the magistrate said, according to PTI.

Promoted
Listen to the latest songs, only on JioSaavn.com
The court said the allegations were "very serious" as it was alleged that the Chief Secretary was called for a meeting at Chief Minister Kejriwal's residence at an odd hour despite his reluctance and the lawmakers were alleged to have "assaulted, abused, manhandled and criminally intimidated" the top official.

The magistrate said the Chief Secretary Anshu Prakash's complaint had been corroborated by the medical report and the testimony of VK Jain, the chief minister's aide. "Hence, at this stage it cannot be looked with suspicion without any cogent reason or evidence to the contrary," the court ruled.
Comments
AAPArvind Kejriwal