Delhi Pollution: In Delhi, officials said the environment department will be using the new real-time source apportionment system which will help ascertain the contribution of all pollution sources in real time. 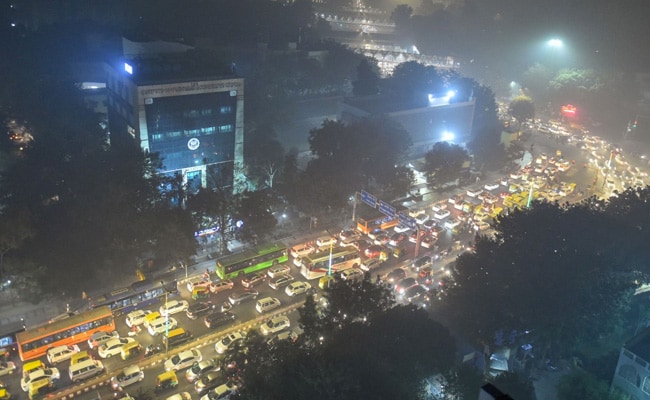 'Finer' plan to fight air pollution in Delhi will come into force from October 1. (File Photo)

A 'finer' Graded Response Action Plan - a set of anti-air pollution measures followed in the national capital and its vicinity according to the severity of the situation - will come into from October 1 and environment experts believe advance action this year will lead to lesser incidences of severe pollution.

Earlier, GRAP would come into effect from October 15.

The Commission for Air Quality Management (CAQM), a statutory body established in August 2021, for management of air quality in Delhi-NCR decided to implement GRAP early, considering suggestions from the public and experts that advance action can prevent drastic deterioration in air quality.

Under the revised GRAP, curbs can be imposed on polluting activities up to three days in advance based on forecasts.

Earlier, the authorities would implement the measures only after the PM2.5 and PM10 concentration touched a particular threshold.

This time, restrictions will be based on air quality index (AQI) values rather than PM2.5 and PM10 concentration.

Vivek Chattopadhyaya, Senior Programme Manager, Clean Air Programme, Centre for Science and Environment, said: "The pre-emptive action should prevent the sudden deterioration of the air quality unless meteorological conditions become highly unfavorable." "The agencies should strengthen their baseline level action so that there is no need for emergency measures. They should be able to foresee a contingency and prepare a fool proof plan to deal with it, such as arranging CNG carriers and trucks for continuous supply of essential items," he said.

Sunil Dahiya, an analyst at Centre for Research on Energy and Clean Air, hoped that advance action would lead to lesser incidences of severe air quality.

"However, only sustained awareness campaigns and continuous engagement with all stakeholders will resolve the problems such as stubble burning. Action just before the stubble burning period is unlikely to yield good results," he said.

In Delhi, officials said the environment department will be using the new real-time source apportionment system which will help ascertain the contribution of all pollution sources in real time.

The green war room will monitor violations and redress complaints and grievances in keeping with the practice being followed for the last two years.

Mahesh Narang, the head of the farm engineering department at Punjab Agricultural University, said the "finer" GRAP and preemptive curbs will prevent a repeat of the air quality crisis seen on Diwali and the following days last year due to the convergence of emissions from farm fires and firecrackers.

"Stubble burning peaks in November and Diwali is on October 24. This is a crucial factor. So, it may not lead to a severe situation on Diwali provided all other measures are followed strictly," he said.

"The government has provided more machines for the management of stubble this year. We hope for better results," Mr Narang said.

Under Stage I, the CAQM has recommended strict action against polluting industries, vehicles and biomass burning.

The use of coal and firewood, including in tandoors in hotels, restaurants, open eateries; and diesel generator sets, except for emergent and essential services, is banned under Stage II.

The measures to be followed in the "Severe Plus" category or Stage IV include a ban on the entry of trucks into Delhi, and on the plying of Delhi-registered diesel-run medium goods vehicles and heavy goods vehicles (HGVs) in the national capital except those carrying essential commodities.

Stage IV will also entail a ban on industries running on dirty fuels and on construction and demolition activities in linear public projects such as highways, roads, flyovers, over bridges, power transmission and pipelines.   State governments can consider allowing 50 per cent staff to work from home in public, municipal and private offices, and additional emergency measures like closure of educational institutions and the plying of vehicles on odd-even basis etc.