An alert has been sounded in the New Delhi district following the arrest. 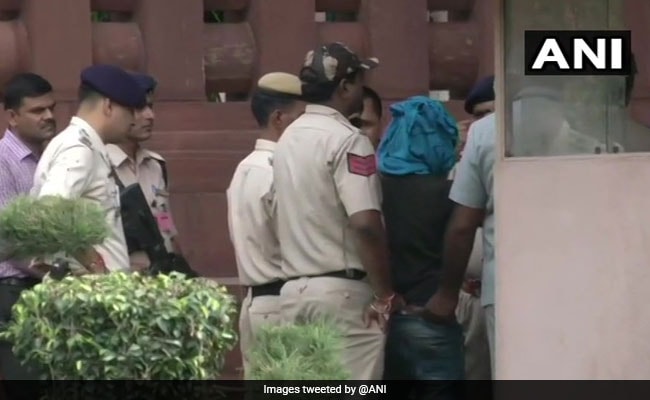 The man has been taken to the Parliament Street police Station.

A 25-year-old man in Delhi was arrested this morning when he was trying to enter parliament allegedly with a knife.

The man, identified as Sagar Insa, is a resident of Laxmi Nagar in Delhi. He is a follower of Dera Sacha Sauda chief and rape convict Gurmeet Ram Rahim Singh, news agency ANI reported.

He is being questioned at the Parliament Street police station.

"Sagar, 25, was arrested from gate number 1. He is from Laxmi Nagar and has links to a religious organisation. He is being questioned at the Parliament Street police station. Intelligence Bureau officials have also arrived for questioning," Deputy Commissioner of Police (New Delhi) Eish Singhal was quoted as saying by news agency IANS.

"We have recovered a knife from him and also the motorcycle on which he arrived at parliament. The man lives with his parents, who are street vendors. The motorbike belongs to his brother. After his arrest, he started raising slogans, referring to his organisation. It's still not clear why he was trying to enter the parliament with a knife," the senior police officer added.

An alert has been sounded in the New Delhi district following the arrest.