In order to become the "messiah" of the poor back home, the man used to donate to charities and set up health camps with the stolen money, officials elaborated. 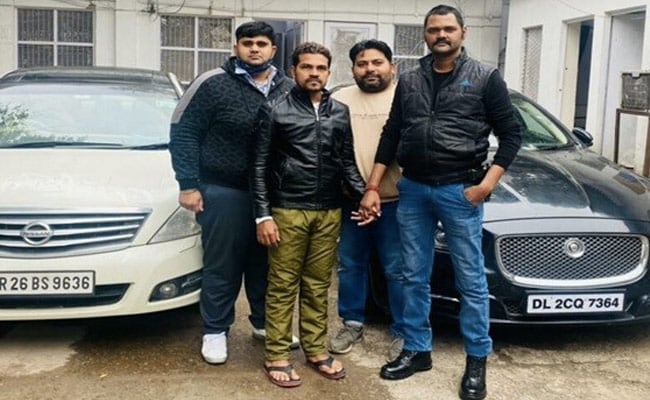 The man, who got the Robinhood moniker for his charity work, was caught on January 7.

A man, who was involved in theft cases from Delhi, Punjab and other parts of the country, used the money to buy expensive cars, and also for "charity work" has been arrested in the national capital, police said.  The man was also going to contest Zilla Parishad elections in Sitamarhi, his native district in Bihar, officials added.

In order to become the "messiah" of the poor back home, the man used to donate to charities and set up health camps with the stolen money, officials elaborated.

Mohammad Irfan, who got the moniker of "Robinhood" for his charity work, was caught on January 7 near Naraina flyover in west Delhi after the police received a tip off, said Crime Branch DCP Monica Bhardwaj.

His arrest led to the recovery of Jaguar and two expensive Nissan cars.

The accused, during the interrogation, revealed that his gang used to target only locked houses in posh neighbourhoods. He also said that they used to steal only cash and jewellery from these houses.

Irfan's arrest in Delhi has also led to the arrest of three of his associates in Punjab's Jalandhar, where they committed a burglary last year and robbed diamonds, jewellery and Rs 26 lakh in cash from a house.

Two French-made pistols and jewellery have also been recovered from the accused.

According to the police, Irfan, who wanted to become a popular youth leader in Bihar, couldn't target a lot of houses lately because people are mostly staying at home due to Covid restrictions.