The security personnel were taken aback as the passenger on the back seat kicked the driver out of the vehicle, took his position and tried to speed away, a senior police official said. 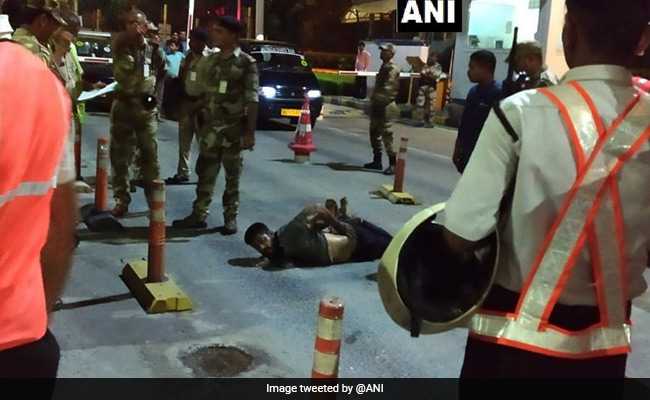 A 27-year-old man, who worked as a bouncer at a night club, was apprehended at the Delhi airport for allegedly attacking the on-duty CISF personnel in an intoxicated condition, police said today.

The incident took place on the intervening night of August 16 and 17 when the Central Industrial Security Force (CISF) personnel manning the outermost checkpost of the Indira Gandhi International (IGI) Airport flagged down a taxi on the basis of suspicion.

The security personnel were taken aback as the passenger on the back seat kicked the driver out of the vehicle, took his position and tried to speed away, a senior police official said.

The CISF personnel managed to stop the man, who then got into a physical fight with them, he added.

The man, identified as Shankar, a resident of Sangam Vihar in Delhi, allegedly hit at least two CISF men and even tried to snatch the pistol of a jawan, who subsequently fired two rounds in the air in order to bring the situation under control.

"The man is a bouncer and it is suspected that he was intoxicated. He was finally pinned down on the road and tied with ropes," the official said.

The man was subsequently handed over to the Delhi Police which was taking the probe against him forward, he added.

No weapon was recovered from his possession and no terror-like link was established, the official said, adding that it was not clear why the man was headed towards the airport as he had no flight to catch.

During investigation, the police learnt that the man was mentally unstable and was in an intoxicated state, he said, adding that three days ago, a missing report was filed by his brother at the Neb Sarai police station.