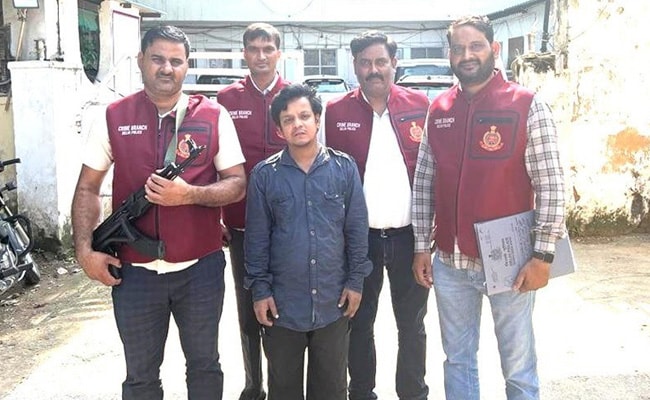 The accused was declared a "Proclaimed Offender" by the Delhi High Court.

A 33-year-old man, accused in the killing of Delhi Police Head Constable Ratan Lal during the 2020 northeast Delhi riots, was arrested from Aligarh in Uttar Pradesh, police said on Monday.

The accused, Mohd Wasim alias Bablu alias Salman, a resident of Chand Bagh, was declared a "Proclaimed Offender" by the Delhi High Court, they said.

50 other policemen were also among the injured.

Ravindra Singh Yadav, Special Commissioner of Police (Crime) said during the investigation, police identified and arrested 22 accused with the help of the analysis of CCTV footage and videos, amped video enhance technique, call detail records, statements of the witnesses and disclosures of the accused persons.

Of 22, five accused were on the run and were declared "Proclaimed Offenders" by the High Court, they said.

"To apprehend the accused persons who fled, a special team was constituted and during the course of investigation, the team developed information and deployed sources in Delhi and Uttar Pradesh as houses of the accused were found locked after the incident," he said.

Thereafter, raids were conducted at several places in Delhi, but no clue was found about the accused, he added.

The officer said the investigation started moving forward after ASI Mohd. Rahisuddin received inputs regarding one accused named Wasim, who was staying in a very clandestine manner in the Aligarh district of Uttar Pradesh.

Thereafter, information was developed from Aligarh and it was confirmed that the accused was working in a small factory of one Dilshad. By then the team had also established his precise location, which subsequently paved the way for his arrest.

During interrogation, Wasim told police that in 2010, he came to Delhi and started living at his parents' house. He along with his friends started participating in the Anti-CAA protest in February 2020 where he came in contact with several rabble rousers and anti-social elements, he said.

On the day of the incident, he along with his associates, placed a carton of thinner-filled glass bottles also called crude bombs on the terrace of a house. These bottles were later thrown at police officers during the riots, he said.

After the incident, the accused destroyed his mobile phone and did not even contact his relatives in the last two years, he added.

After fleeing, the accused who has two children started working in a small lock-making factory of Dilshad in Aligarh.

Earlier, he used to work in a suitcase shop in the Sadar Bazar area of Delhi.

According to police, on February 24, 2020, Head Constable Lal, who was suffering from mild fever and was advised to take rest by his colleagues, joined duty in view of the grave tension in the area.

He helped the then DCP and ACP in pacifying the crowd and controlling it as the situation started heating up. He died due to 24 injuries he received while shielding officers when the crowd started attacking them.