More Than 60,000 Security Personnel Deployed Across Delhi On Polling Day 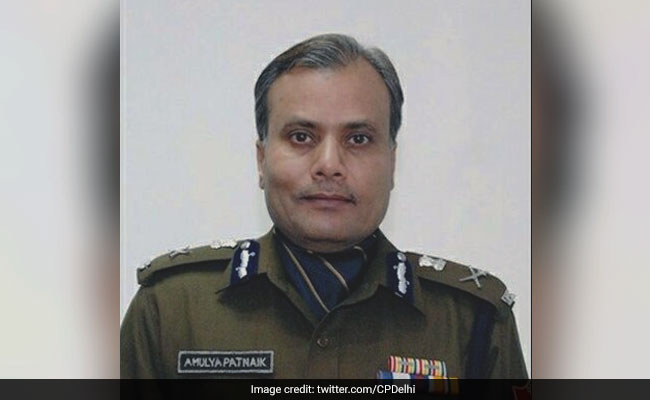 More than 60,000 security personnel, including home guards and paramilitary forces soldiers, have been deployed across the city a day before the Lok Sabha elections in the city.

Elaborate arrangements, according to the instructions of the Election Commission, are in place to ensure no anti-social element causes any trouble, Delhi Police Commissioner Amulya Patnaik told news agency PTI.

Voting will begin at 7 am on May 12 and scheduled to go on till 6 pm. Security personnel have been deployed at polling booths and special reserve parties and policemen are patrolling vulnerable areas, the police said.

The Police Control Room Unit will also stay alert to calls of any complaints being made, especially relating to the election process, they added.

"The model code of conduct is being strictly enforced. There is a special watch on border areas to foil any attempt to infiltrate by anti-social elements to cause disruption. There will be strict vigil to ensure malpractices like liquor peddling and movement of anti-social elements with a purpose to influence voters do not happen," Mr Patnaik said.

Anti-terror measures are also in place and special arrangements have been made to check sabotage of polling booths, including election rigging, the Deputy Commissioner of Police (New Delhi) and the spokesperson of the force, Madhur Verma, said.

The officer added that extra picket teams have been deployed in border areas too.

"Briefings were held with the polling staff on disbursal of EVMs and the routes to be taken to ensure no rigging of EVMs happens on the way. Night patrolling has been intensified to check use of muscle power and money to lure voters," Verma said.

Static surveillance team and flying squads have also been deployed at various locations. Special drive will be conducted in vulnerable hamlets, including JJ clusters, to keep a close watch if voters are being influenced in any way through muscle power, money or supply of illicit liquor to hamper the election process, the officer added.

There are 469 critical polling booths which have been identified on the basis of criminal elements being active there or recent cases of murders or robberies being reported there.

Other factors that define whether a booth is critical or not are, in case of any communal angle. Adequate security forces have been deployed at identified polling stations with Quick Reaction Teams placed at congested areas across the district in case of any emergency, another official added.

According to police, 694 illegal weapons, along with 3,026 rounds of ammunition, were seized till date and 5,062 licensed weapons were deposited.

A police official said there are three facets to the security apparatus - at places where Electronic Voting Machines (EVMs) are kept, border checking, and law and order arrangements for polling and counting days.

The officer said police are involved in enforcing a dry day, which came into effect from 5 pm on Friday till 6 PM on Sunday till the voting ends. No alcohol will be served in any of the restaurants, pubs or hotels across Delhi. Vends at border areas will also be shut.

They will be supplemented by police personnel from the Police Control Room and the traffic unit, along with 47 companies of paramilitary personnel, another official added. Each company comprises 100 personnel.

All seven Lok Sabha seats in Delhi will head for polling on Sunday.