BJP legislator Manjinder Singh Sirsa alleged AAP is trying to defame him and "mislead" his voters with phone calls. 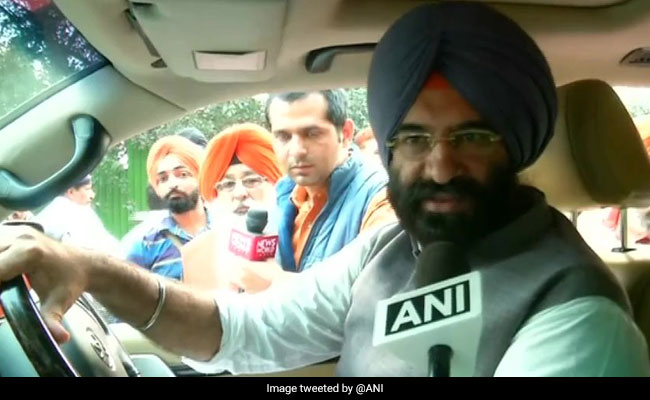 "It is a conspiracy to defame me by false representation," Manjinder Singh Sirsa said. (File)

BJP legislator Manjinder Singh Sirsa has filed a complaint against Aam Aadmi Party convener and Chief Minister Arvind Kejriwal, alleging that phone calls were being made to voters in his constituency (Rajouri Garden) to defame him.

In his complaint. the BJP legislator cited names of two voters who received such calls. "It is a conspiracy to defame me by false representation. They want to show voters that their MLA is weak not capable of protecting protect their fundamental right to vote," he said in his complaint.

Last week, a delegation of BJP's Delhi unit led by its president Manoj Tiwari had submitted a memorandum to the Election Commission seeking action against AAP over its claim of deletion of names of 30 lakh voters in Delhi, and also over phone calls being made to voters by AAP volunteers defaming the BJP.

The AAP has asserted that it was no crime to tell the people who got their names deleted from electoral rolls and that it was restored due to the AAP and its leaders.

"Aam Aadmi Party, its MLAs and volunteers organised camps to register those voters again. This process is still going on. We believe that adding these genuine voters is not a crime or telling this to voters is not a crime," AAP's chief spokesperson Saurabh Bhardwaj had said earlier.

The party accused BJP of being involved in the alleged deletion of names of lakhs of voters in Delhi after the 2015 assembly elections in Delhi.

Mandatory Quarantine Order For Covid Patients Above 60 In Delhi Withdrawn