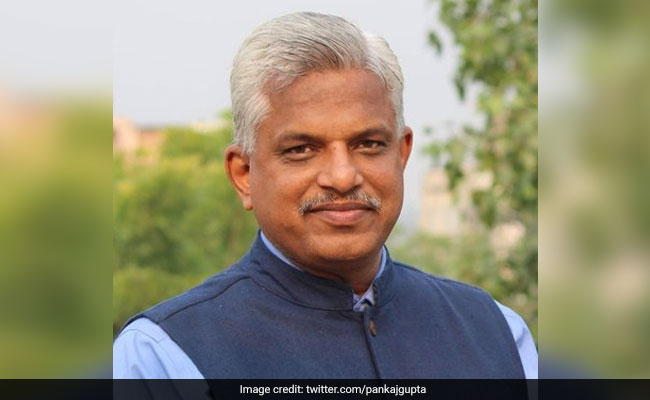 Pankaj Gupta alleged the Congress is playing the role of "vote-cutter" in Delhi.

It is a battle between "bade naam (big names)" and "bade kaam (big work)" this time in Delhi polls and people have to choose whether they want a government which works or one that just talks, Aam Aadmi Party candidate from the Chandini Chowk seat, Pankaj Gupta, said.

On being fielded against veteran politicians from the BJP and Congress, Mr Gupta said people have seen what they got by electing incumbent Harshvardhan.

"This is an election of bade kaam vs bade naam. Harshvardhan was a very big name but what did they give his constituency, people have seen. I wouldn't comment on Congress (candidate JP Agarwal) because he is not a competition here," he told news agency PTI.

Elaborating on competition from the Congress, Mr Gupta said the grand old party is playing the role of vote-cutter and nothing else.

"Congress was never a competition in Delhi. Congress has been in the third position in the past three elections. In last assembly elections, Congress just got 9 per cent votes and in Lok Sabha polls they got 15 per cent votes so how is it a competition for AAP, how can it defeat us. They have just made their candidates to stand in the election to cut our votes," he said.

He said on the one hand the Congress says they want to defeat the BJP, that they want to remove Prime Minister Narendra Modi; but on the other hand, they fielded their candidates in constituencies where they have no presence.

"if you ask anyone who could beat BJP in Delhi, people say it can be done only by AAP," he said.

Mr Gupta said this election of about saving the Constitution and people have to make a choice between a government with a motive and good intention and a government that can just talk and "jumlas".

"My constituency has the highest number of parks and if they are maintained properly then they can be made into lungs of this city and can also act as tourist attraction," he said.

Noting that sealing of shops has broken the backbone of the middle class community in his constituency, Mr Gupta said it has led to massive unemployment and that is another area he plans to work on.

"It the biggest issue faced by the middle class of how their children would get jobs, those who had jobs have also lost employment due to sealing so people in my constituency are worried that how they will make ends meet, what will they feed their family," he said.

Mr Gupta said engaging the youth fruitfully and productively is a challenge and that is another area he would be concentrating upon.

"All these issues are linked to each other. If one problem is solved then others would be resolved themselves," the 52-year-old engineer said.

Chandini Chowk has 20 per cent Muslim voters out of total of 14 lakh electorate.

On being asked how his party is different from others, Mr Gupta said that AAP believes in "honest politics".

"We believe that if the politics is honest then this country can change. If honesty comes in politics if intentions are right in politics then work can be done the country can progress and that is our message to the people," he said.

"The country would change once people start voting based on work. I tell people that vote for us because I am your friend who would always be there for you. I wouldn't be unapproachable. The biggest complain of this constituency is that the incumbent MP is unavailable," he said.