Liquor To Be Served Soon In Delhi's Hotels, Restaurants

Delhi did not allow serving of liquor in the past three phases of lifting of restrictions in view of coronavirus situation. 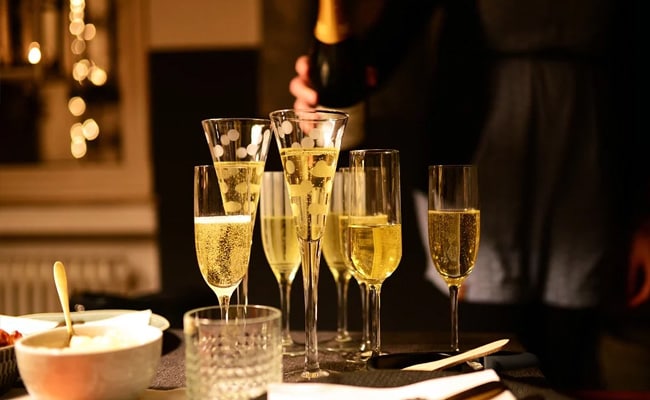 Liquor will soon be served across hotels and restaurants in Delhi that have the license to do so, but bars will not be open yet. In view of the revenue situation, the cash-strapped Delhi government has asked the Excise Department to "issue necessary permission for service of liquor in restaurants and clubs by licensees at the table and in the hotel rooms". Last year, the Delhi government had earned around Rs 7,000 crore from excise.

Restaurants in Delhi had permission to open from June 8, but with a series of safety restrictions that included the use of 40 per cent capacity, disposable menus and paper napkins. Yesterday, hotels were allowed to open.

But Delhi did not allow serving of liquor in the past three phases of lifting of restrictions in view of coronavirus situation. Liquor was only allowed as takeaway from liquor shops across the national capital.

An order from the office of the Deputy Chief Minister Manish Sisodia said: "Several state governments including Assam, Punjab, Rajasthan etc have permitted service if liquor by license holders under the Excise rules at the table in restaurants and clubs and in the hotel rooms. Considering the revenue implications, Excise department to issue necessary permission for service of liquor in the restaurants & clubs by licensees at the table and in the hotel rooms".

Sources said the Delhi government has taken the decision to allow serving of alcohol in accordance with the guidelines of the Union Home Ministry.

While the Delhi government has said the numbers of fresh coronavirus infections have been dropping in the national capital, the latest sero-survey showed that nearly a third of Delhi's population has been exposed to COVID-19 and has developed antibodies.

In the first serological survey last month, 23.48 per cent of Delhi's population was found to have been exposed to coronavirus.

Health minister Satyendar Jain – who had also contracted the disease -- said according to scientists, 40 per cent infection level in a city denotes herd immunity. Those who had antibodies after being infected by the virus would be protected for six to eight months, he said.

"Other Parties Curse Me, But I Have People's Support": Arvind Kejriwal