Inspired By 'Special 26' Movie, They Robbed Rs 5.7 Lakh In Delhi

The robbery took place at a wellness firm run by Vijay Yadav in Netaji Subhas Place in Delhi, said police. 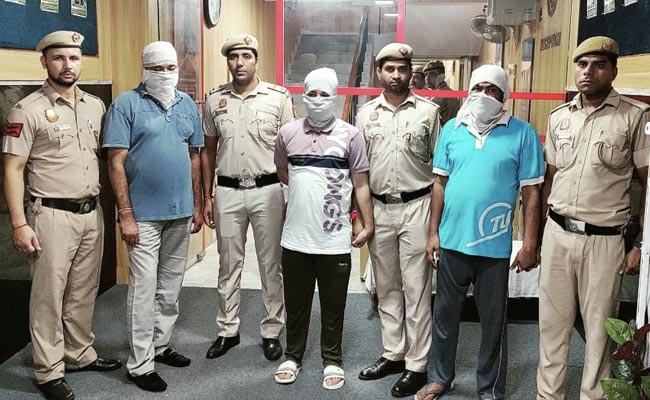 Robbers posing as Mumbai Police officers looted lakhs of rupees from a Delhi firm last week. Seven people, including two women, who were arrested in this connection, claimed they were inspired by the Bollywood movie 'Special 26', police said.

One of the accused was Sanjay Manocha, chairman of Nuh Municipal Council in Haryana, who had contested with the support of BJP and Jannayak Janata Party (JJP), sources said.

Four people, including a woman, reached his office around 12:30 PM and introduced themselves as officers of Mumbai Police, Mr Yadav complained to the police. They were wearing what appeared to be Mumbai Police identity cards.

They seized the mobile phones of the employees present there and demanded Rs 20 lakh, police said. The complainant, at gunpoint, was asked to dial his wife and arrange the money. His wife somehow arranged Rs 5.75 lakh and handed it over to one of the accused, a woman, waiting outside his office.

They also collected his bank and card details from him, police said.

The robbers left after five hours with the cash, mobile phones and other things, locking the employees inside the office.

Using CCTV footage, the police identified one of the accused as Prashant Kumar Patil of Libaspur, and took him in custody. Rs 2.5 lakh was recovered from him and on interrogation, he revealed that two women and five men were involved in the crime.

Based on his inputs, the two women, Jyoti and Neha Kashyap - both Delhi residents, were arrested. Thereafter, four others - Zahid alias Guru Ji, Sanjay Manocha, Faisal, and Imran - were also arrested from various parts of Madhya Pradesh and Haryana. Majid, another accused, is on the run.

The accused admitted during interrogation that they were inspired by the 'Special 26' movie to plan the robbery. Zahid and Prashant were the key conspirators of the robbery, police said, adding that a search is on for Majid.

In 'Special 26', starring Akshay Kumar and Anupam Kher, a team of tricksters posing as CBI officers conduct fake raids and pull off robberies.