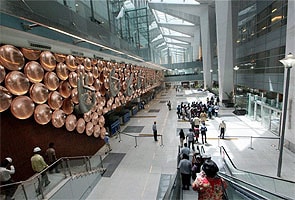 CISF is designated as the lead force to guard 60 civil airports in India. (File)

Prompt action by a CISF personnel saved the life of a Paris-bound US passenger at the Delhi airport, a senior official said today.

Frank Russell (68), holding an American passport, suddenly fainted and fell in the terminal area of the Indira Gandhi International (IGI) Airport after he got down from a Mumbai flight last night.

CISF Assistant Sub-Inspector (ASI) P S Pal saw Russell falling down and he immediately rushed to help him, he said.

"Without losing any time, the ASI started administering cardiopulmonary resuscitation (CPR) medical procedure to the passenger. Russell soon regained his senses and was rushed to a hospital," the official said.

The US passenger is reported by the doctors to be stable now, he said. Russell was to travel to Paris from here.

Acknowledging Pal's presence of mind and prompt response, CISF chief Rajesh Rajan has declared to decorate him with the DG's commendation disc, the top organisational service honour for a personnel, he said.

The Central Industrial Security Force is designated as the lead force to guard 60 civil airports in the country.