The notification declaring the entire city of Delhi a "controlled area" was issued on Monday, said Divisional Commissioner Manisha Saxena. 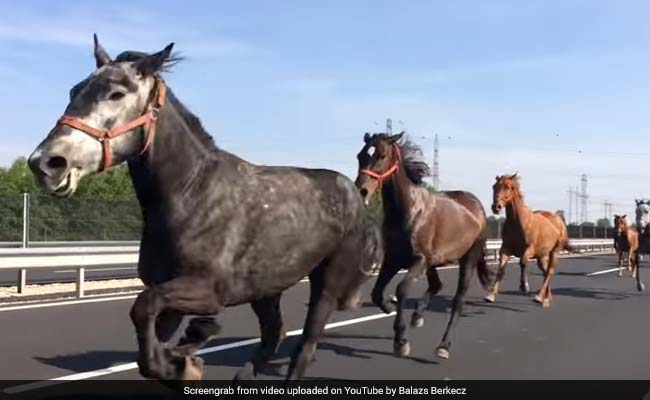 New Delhi: Delhi has been notified as a "controlled area" in the wake of spread of glanders, an infectious disease that primarily affects horses, to new areas of the national capital, and an advisory has been issued to owners of equines.

"Earlier, 8 cases were reported from Raja Garden in west Delhi. Cases from new areas have also been reported," she said.

The new cases have been reported from areas in northwest and southwest districts, said a government official.

"The notification of controlled area means that there will be no entry or exit of equines from Delhi from and to neighbouring states. This will remain in force for three months from the last quelling of an affected animal," the official said.

The government advised handlers and owners of equines to isolate animals suspected for glanders and urged them not to throw the fodder left by the sick animals in the open, after 40 horses were diagnosed with the disease recently.

It advised the veterinary officers and personnel involved in the animal handling for sample collection or animal burying to use personal protective equipment and disinfecting sheds with disinfectants such as benzalkonium chloride and iodine.

Glanders is a infectious zoonotic disease that primarily affects horses, donkeys and mules. It is caused by Gramnegative bacterium, Burkholderia mallei.

It is a rare disease in humans with cases having occurred in veterinarians, other people working closely with horses, and laboratory workers handling the organism.

According to the advisory, despite many reported cases of the disease in equines, no human case of glanders has been reported in India till date.

Occupation exposure is the main risk factor to veterinarians, farmers, horse traders, laboratory workers, and other persons who are closely associated with equines or handling the organism.
Comments
Glanders diseaseGlanders Delhi