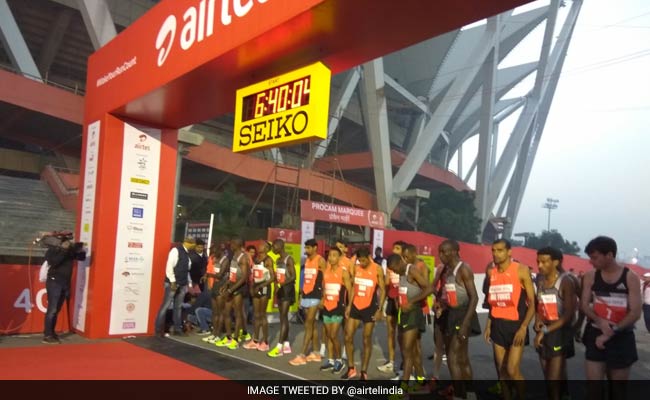 G Lakshmanan finished the race in one hour, four minutes and 37 seconds.

New Delhi: G Lakshmanan and Monika Athare emerged winners among the Indian men and women competitors respectively in the Airtel Delhi Half Marathon held in New Delhi on Sunday.

Mr Lakshmanan finished the race in one hour, four minutes and 37 seconds - one second ahead of second-placed Md. Yunus.

Meanwhile, Monika timed one hour, 15 minutes and 34 seconds to be declared champion, while emerging runner Sanjeevani Jadhav was just a second late to be second.

Swati Gadhave was a distant third with a timing of one hour, 17 minutes and 43 seconds.

She conceded that she was low on confidence coming to the competition as her training was not perfect.