300 Flights Delayed In Delhi Due To Fog, Huge Backlog

New Year's Day 2018: The Delhi airport terminals are packed with passengers who arrived early at the airport for their morning flights, having driven through very slow moving traffic in the capital, and are now desperately holding on to seats as they wait for flights to resume.

The Delhi airport terminals are packed with passengers who arrived early for their morning flights.

New Delhi: Delhi woke up to a thick fog on Monday morning, the first day of the new year, and hundreds of passengers were stranded at the airport for several hours as flight operations were suspended after visibility on the runways dropped below 50 metres. Train services too have been severely hit in Delhi and several other parts of north India.

All domestic and international flights from the Delhi airport were put on hold at about 6 this morning and they started taking off only a little before 11. Three hundred flights were delayed and 8 cancelled due to poor visibility. Among the 300 hundred delayed, 265 were domestic flights and the rest international. There was a scramble for the elevators, staircases and the escalator to the departure hall as soon information trickled in that boarding has begun.

There are planes queued up at the tarmac for take-off, with the suspension of operations resulting in a massive backlog. No flights have been cancelled today so far.

At the airport's Terminal 1 or T1, the waiting hall and the area near the boarding gates were packed with people sitting on the floor and staircases waiting for word on their delayed flights. Passengers were seen arguing with airlines staff at counters about the lack of clear information and announcements. 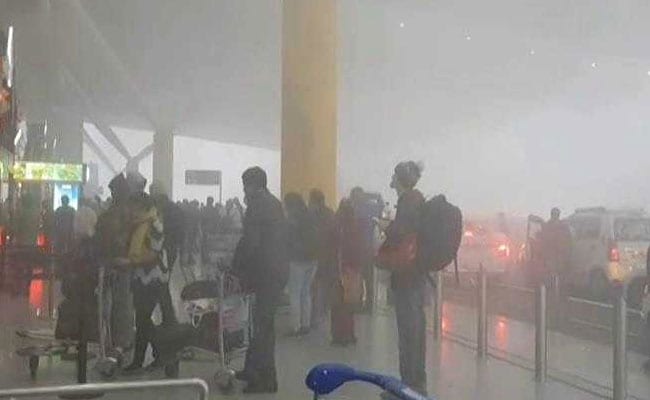 Thick fog covered most parts of Delhi and the National Capital Region on Day One of 2018.

56 trains headed towards the capital are late and 20 have been rescheduled. 15 have been cancelled, the Northern Railways said. 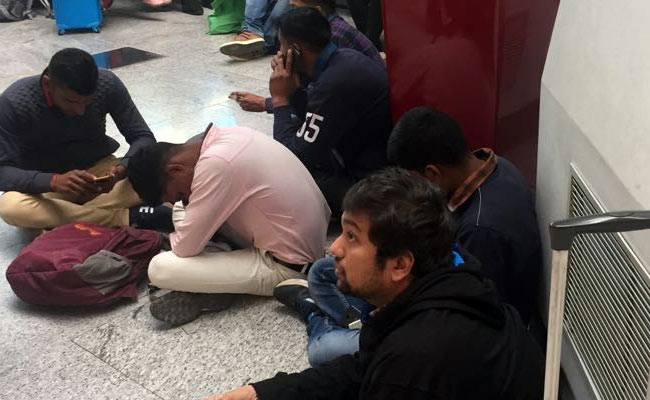 Hundreds of passengers were stuck at the Delhi airport after flight services were disrupted.

On Sunday, flight operations were hit by fog and low visibility between 7.30 and 11 a.m.

Over 40 flights were diverted to other airports and several were cancelled. The three-hour suspension of flight operations meant that it took hours for the backlog to clear. Over 250 flights were delayed.

Promoted
Listen to the latest songs, only on JioSaavn.com
Many tweeted photos of the overcrowded domestic terminal where passengers could be seen sitting on floors and staircases.

Pollution levels in Delhi have shot up in Delhi since last night. The levels of Particulate Matter are in the "Very Poor" category, according to SAFAR (System of Air Quality and Weather Forecasting And Research).