Nearly 300 Flights Reportedly Delayed Due To Fog In Delhi, Many Trains Late

Delhi weather: According to the weather office, severe cold weather is likely to remain over northern India for two more days

Cold day conditions are likely to prevail over northern India during the next two days.

Delhi and its adjoining areas woke up to a thick blanket of fog this morning that hit road, rail and air traffic and led to the loss of six lives. Six persons, two of them children, were drowned as a car ran into a canal in Greater Noida near Delhi, presumably because of the fog, officials said. As many as 21 Delhi-bound planes had to be diverted, several got delayed and six were cancelled. Around 30 trains are running late.

"Around 530 flights, which includes 320 departures and 210 arrivals, were delayed till 12.52 pm," an airport official told news agency Press Trust of India.

The temperature in the national capital this morning fell to 2.6 from 2.8 degree Celsius on Sunday, lower than Shimla's 3 degree Celsius.

The air quality in the national capital worsened, sliding into "severe" category this morning, with the Anand Vihar observatory recording air quality index (AQI) of 462 and the Okhla Phase-2 centre reporting an AQI of 494.

Poor visibility caused problems for commuters, with many people driving slow on the main roads. "There was heavy fog on the road that connects Delhi and Noida. We had to drive carefully," said Saba Arora, a private firm executive.

At the Delhi airport, CAT III B compliant aircraft are currently able to land using instrument landing system or ILS, officials said. The airlines have asked people to stay in touch for updated flight information. Three flights have been diverted so far.

A CAT IIIB system helps with a precision approach and landing when the runway visibility is at a distance of no less than 15 metres and is at a visual range less than 200 metres, but not less than 50 metres.

In Delhi, commuters were seen driving with emergency lights on as the visibility on city roads plummeted below 50 metres. "I had a harrowing driving from my home in west Delhi to my workplace," said Aakash Kohli, who works with a media firm in Noida. 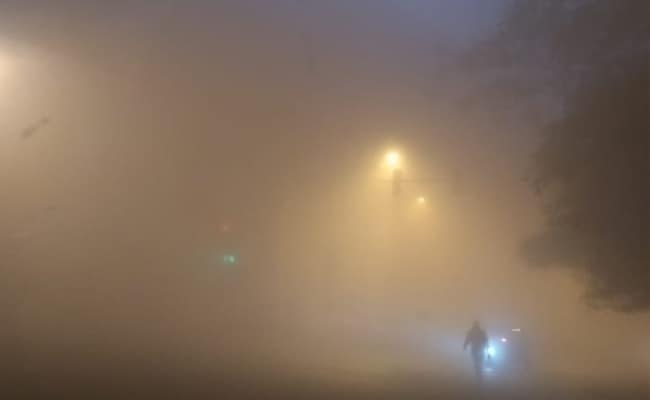 In Delhi, commuters were seen driving with emergency lights on.

The dense fog, biting cold and icy winds added to the hardships of the homeless. The Delhi government is running several night shelters for those living on the streets.

A severe cold wave in the national capital has also prompted a "red" warning from the weather office after the temperature on Saturday morning was recorded at 2.8 degrees Celsius at the Lodhi Road observatory. The Safdarjung observatory recorded a low of 2.4 degrees Celsius on Saturday -- the lowest in decades. A "red" warning from the India Meteorological Department (IMD) means "extreme weather conditions". 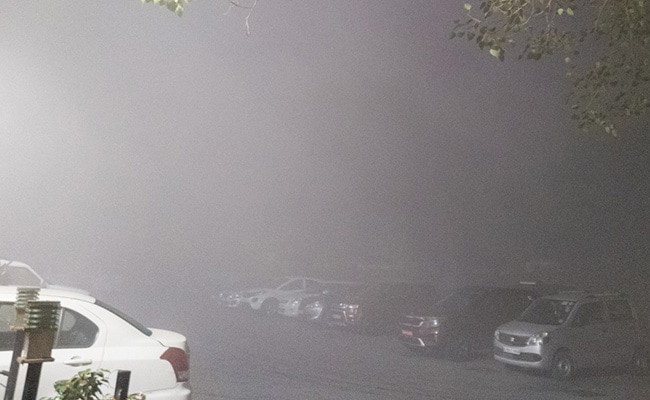 A respite from the cold and air pollution may come between December 31 and January 2 when light rain is expected. Hailstorm is also expected on January 1 and 2.

Ahead Of Civic Polls, BJP's "Chargesheet" Against Arvind Kejriwal Government