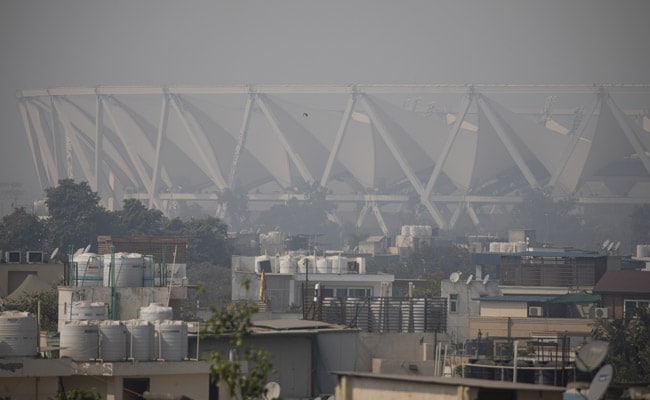 The air quality in the Delhi-NCR region recorded a marginal improvement but remained in the "very poor" category on Saturday as stubble burning incidents were "unusually high", while a government forecasting agency said it is likely to get better due to favorable wind speed in the coming days.

The concentration of major air pollutants PM 2.5 and PM 10 also remained high in the five immediate neighbours of Delhi, according to the air quality index (AQI) maintained by the Central Pollution Control Board (CPCB).

On Thursday, Delhi's air quality index (AQI) touched "severe" levels for a brief period before slipping back into the "very poor" category.

According to the Ministry of Earth Sciences' air quality monitoring agency, SAFAR, the share of stubble burning in Delhi's PM2.5 pollution was 32 percent on Saturday.

According to the central government's Air Quality Early Warning System for Delhi, the fire count increased to an "unusual" high on Friday over Punjab (approx 4,266), Haryana (155), Uttar Pradesh (51) and Madhya Pradesh (381) which is likely to impact air quality in Delhi-NCR and other parts of northwest India.

SAFAR said Delhi's AQI did not improve much despite better ventilation, mainly because of highly favourable North-Northwesterly boundary level wind direction and perfect wind speed for the intrusion of pollutants from farm fires in Delhi.

"Increased local surface wind speed with faster dispersion conditions are counteracting with increased fire-related emission and associated intrusion. But still, AQI is likely to improve for the next two days as dispersion will eventually play a lead role," it said.

According to the India Meteorological Department, the predominant wind direction was northwesterly and the maximum wind speed was 15 kilometers per hour. The minimum temperature was recorded at 13 degrees Celsius.

Calm winds and low temperatures trap pollutants close to the ground, while favorable wind speed helps in their dispersion.

The city's ventilation index - a product of mixing depth and average wind speed - was around 9,000 meter square per second on Saturday - favorable for dispersion of pollutants.