The Railway Police Force officers were stunned to find the infant alive. 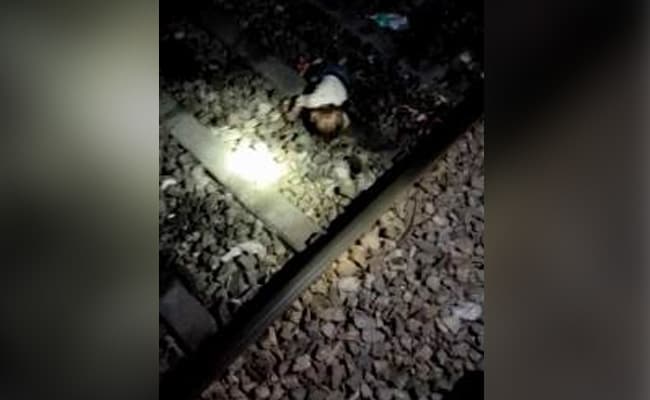 The child was taken to a hospital. His condition is now said to be stable.

A woman and her two daughters were found dead on Thursday on train tracks in Delhi by some officers of the Railway Police Force (RPF), who were stunned to find a one-year-old baby alive near the chopped bodies. The infant escaped the accident that killed his mother and two sisters.

It was around 3:40 am when the Railway Police Force officers received the information that the bodies of a woman and two girls were found on train tracks in northwest Delhi's Mandawali area; they were run over by a train.

"When the officials reached the accident site, they found out that a 30-year-old woman and two girls were run over by a train. They also found a one-year-old child alive near the bodies. He was sitting on the tracks, crying," said Deputy Commissioner of Police (Railways) Harendra Singh.

In a video shot after the infant was found, a man is heard saying: "Is he fine? Is he wounded? I was worried about him. The child is in trauma."

The baby was taken to hospital. His condition is now said to be stable.

A mobile phone - found near the bodies - apparently helped the investigating officers establish the identities of those who were killed in the accident.

The 30-year-old woman has been identified as Kiran, a resident of a neighborhood in Mandawali. She is suspected to have killed herself and her children after a fight with her husband. She had two daughters - a five-year-old and a six-year-old.

According to the police, her husband is an e-rikshaw driver. Last evening when he returned home, he found his wife, children missing. Initial probe suggests that the woman was upset over domestic disputes.

Not Mandatory For Pregnant Women To Undergo Coronavirus Test: AAP To Court