Delhi Weather: The minimum temperature in the national capital is also expected to rise by 3-4 degree Celsius between Wednesday and Friday 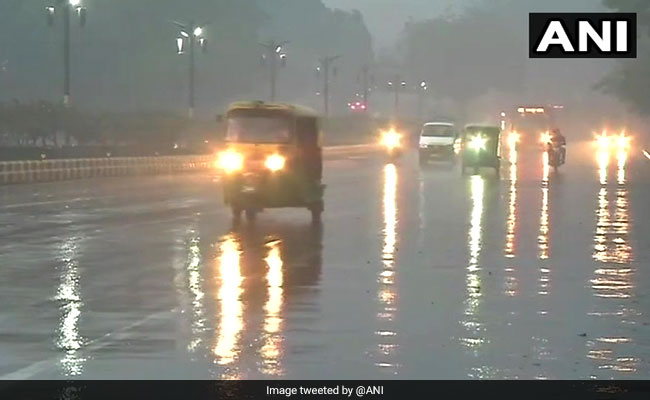 Delhi Rains: Light rain accompanied by strong winds and hailstorm made a comeback on Thursday

In addition to a cold winter morning, Delhi experienced light rain accompanied by strong winds on Thursday evening too. The weather department on Wednesday had also predicted hailstorms for the day.

"Another western disturbance accompanied by moist eastern winds from the Bay of Bengal is likely to hit the northwest plains of the country, including Delhi, from Wednesday night (February 13)," Kuldeep Srivastava, regional head of the India Meteorological Department (IMD), told news agency IANS.

These conditions will continue over the national capital till Friday, he said.

The minimum temperature in the national capital is also expected to rise by 3-4 degree Celsius between Wednesday and Friday.

Further, the country's largest airline IndiGo on Wednesday announced curtailing around 30 flights daily for the rest of February. "The cancellations on February 13 were caused by several factors like anticipated weather conditions on February 14 and NOTAMS at various airports. This resulted in extended duty times which then made it necessary to re-roster our crew and optimise our operations," a statement from the airline said.

Here are the highlights of Delhi weather:

Feb 14, 2019 19:39 (IST)
Residents in Delhi and nearby areas continue to witness drizzles, light showers on this evening, which brought down the temperature slightly.
Feb 14, 2019 12:47 (IST)
Flights Diverted
A couple of flights, especially doomestic carriers, were diverted in Delhi between 8 to 10 on Thursday morning due to inclement weather condition
GoAir G8 709, which was coming from Ahmedabad was diverted to Rajasthan's Jaipur while Vistara UK 946 was diverted to Lucknow in the morning.
Feb 14, 2019 11:02 (IST)
Cloudy weather in Delhi throughout the day
"The sky will remain generally cloudy throughout the day with light to moderate rain or thunderstorms and hail likely in the later parts of the day as well," the India Meteorological Department (IMD) said. 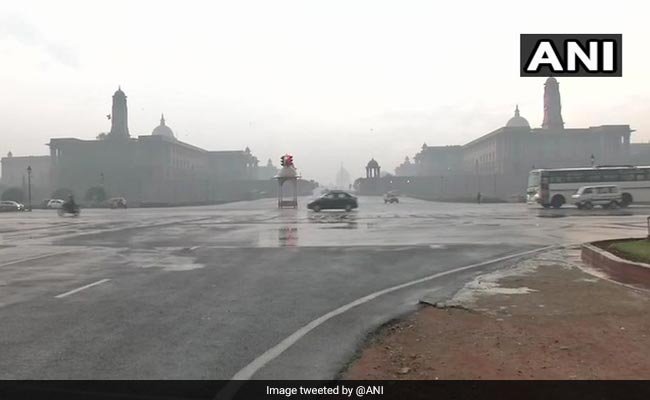 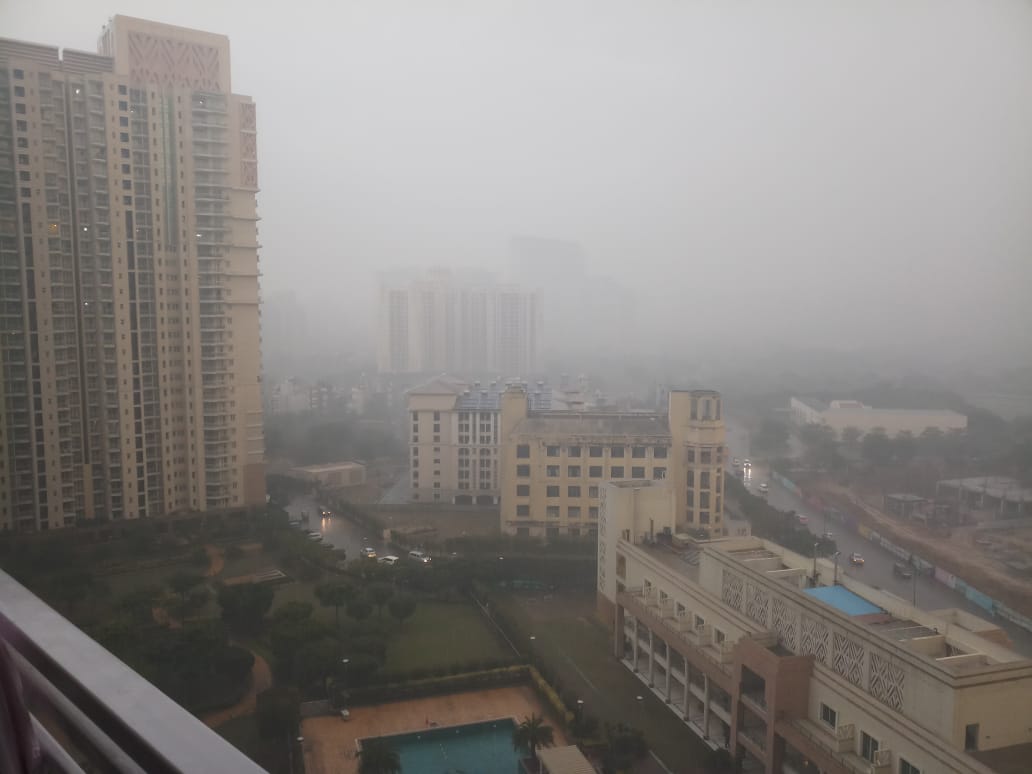 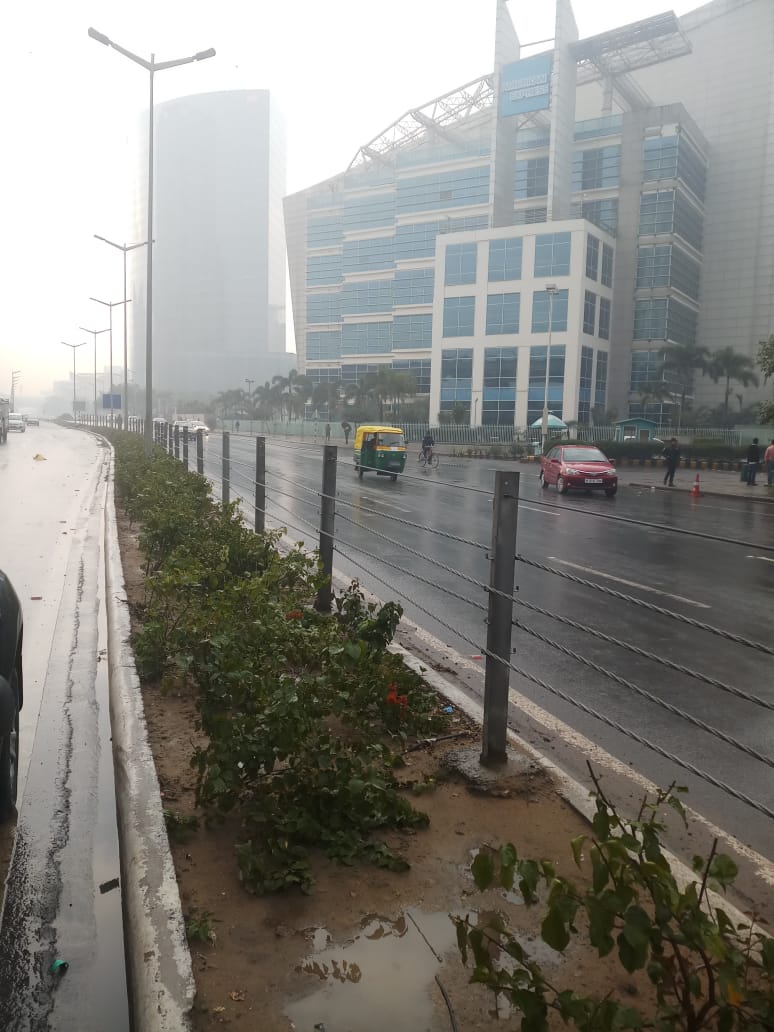 Feb 14, 2019 08:48 (IST)
The capital is expected to witness intense spells of rain and thundershowers with isolated hailstorm activity for the next two days. "Light scattered rains are expected to continue over the national capital region till February 15. By February 16, the weather systems will move towards east India giving rain in Uttar Pradesh," said Skymer, a private weather forecasting agency.
Feb 14, 2019 08:41 (IST)
Light rain or thundershowers by the night are to be expected, the Met department said. At least 14 Delhi-bound trains were delayed because of low visibility caused by fog.
Feb 14, 2019 07:38 (IST) 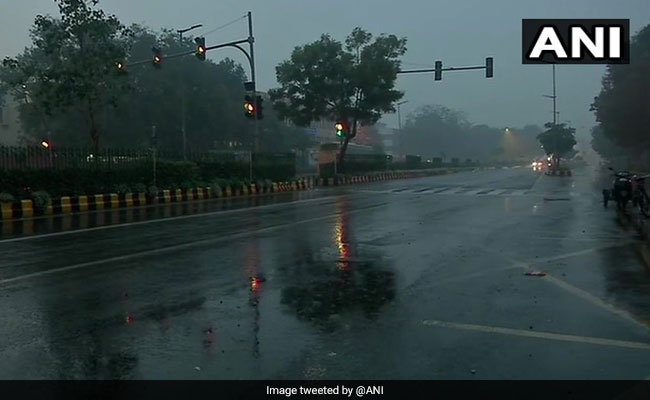 It's #Raining in #Delhi and NCR. As well as many parts of #Harayana. Intensity will increase as day progresses. #Hailstorm is also expected at many places. #DelhiRains@SkymetWeatherpic.twitter.com/Oc1KJrr0TZ

Feb 14, 2019 07:14 (IST)
After nearly a decade, a heavy hailstorm accompanied by rain lashed several parts of Delhi-NCR on February 7, providing the city with fresh air with pollution levels touching the moderate mark.
Feb 14, 2019 07:10 (IST)
"The conditions on Wednesday night won't be much noticeable; however, rain accompanied by strong winds, thundershower and hailstorm at isolated places will intensify by Thursday," Kuldeep Srivastava, regional head of the India Meteorological Department said.